Peru’s under fire President, Pedro Pablo Kuczynski, admitted using an offshore company to avoid paying US taxes ahead of an impeachment vote on Thursday. 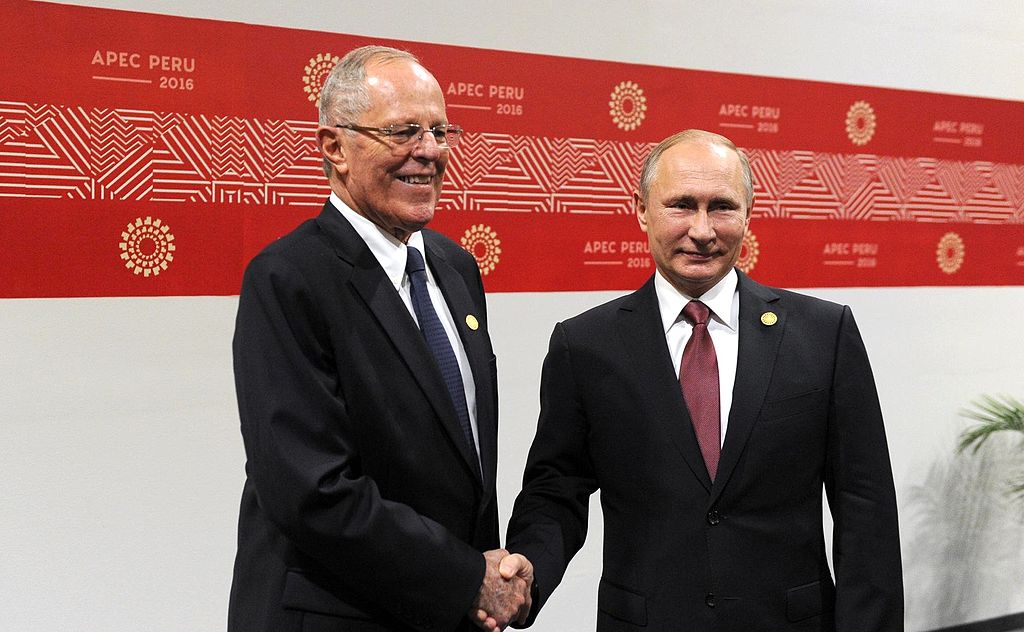 Pedro Pablo Kuczynski with Vladimir Putin in 2016 (Photo: Wikimedia)The septuagenarian leader’s disclosure came during a marathon seven hour testimony to a congressional investigative committee on Friday as he attempted to disentangle himself from an escalating corruption scandal in the Andean nation.

However, the admission that he used a company owned by his daughter in the British Virgin Islands to legally avoid paying US taxes, according to a recording heard by Reuters on Sunday, cast further doubt on his ethical standing.

Kuczynski registered the sale of his house in Lima to Dorado Asset Management for US$695,000 in 2006, before the company relocated to Peru under his own control almost ten years later, a report by Peru’s banking superintendent recently found.

“It’s very simple. In the United States there’s a big tax if you give up your citizenship, and the less property you have, the less you have to pay,” Kuczynski said upon questioning. “So I have to offload my property or I die poor [..] Why would we pay Uncle Sam and Mr. Trump a bunch of money that’s here in Peru?”

Not even two years into his term as President, Kuczynski – the centrist former Wall Street banker who was expected to root out graft in Peruvian politics – has been dogged by corruption allegations.

Most notably, his relationship with Oderbrecht, a Brazilian construction company under investigation for bribery, has come under intense scrutiny.

Initially, he denied ever having a relationship with the company until he later admitted he had accepted advisory fees from the embattled outfit while he was the Economy Minister.

“With democratic openness and transparency, I responded to all the questions of the Jato Lava Commission,” Kuczynski tweeted after the hearing. “I am willing and always will be to collaborate in the investigations with the full conviction that I did not commit undue acts during my professional practice, neither before nor now,” he wrote.

Peru’s Congress is to vote on whether to force Kuczynski from office on Thursday, following a similar impeachment motion that failed by just eight votes in December.