A politician from central Asia with a multi-million pound property portfolio has been the first person in the UK to be subject to an “unexplained wealth order” as authorities attempt to stop the flow of dirty money through London. 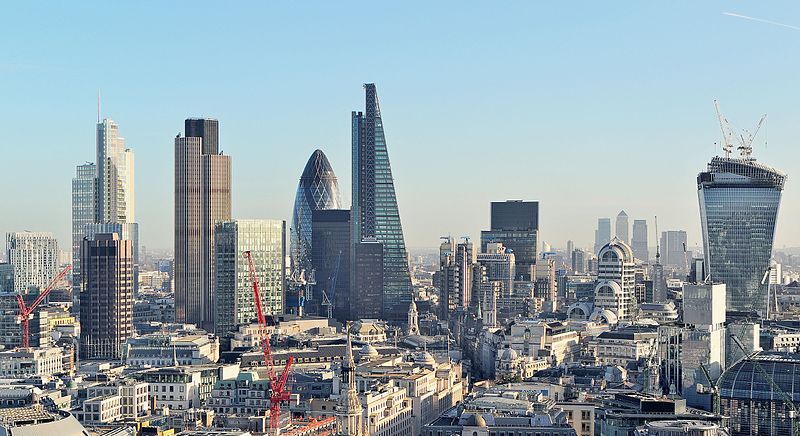 The City of London (Credit: Wikimedia Commons)The National Crime Agency announced on Wednesday that it had been granted the power to enforce an UWO worth £22m (US$ 30 million) and freeze the assets of the ultimate owner. His name was not released. The orders relate to two properties, one in London and one in the south-east of England.

UWOs, which force investigated persons to explain their assets if they are appear disproportionate to their income, came into force at the end of January. If they are ignored then law-enforcement agencies can secure a court order to recover the assets since it can be argued they are likely to be the proceeds of illegitimate gains.

“Unexplained wealth orders have the potential to significantly reduce the appeal of the UK as a destination for illicit income,” said Donald Toon, the NCA’s head of economic crime. “They enable the UK to more effectively target the problem of money laundering through prime real estate in London and elsewhere.”

The new measures were introduced due to the mounting evidence that British properties are being used as vehicles to launder illicit foreign money. The law was coined the “McMafia law” after the BBC’s true-story drama that tells stories around money laundering and international organised crime.

Last year Transparency International UK identified London properties worth a total of £4.2 billion ($ 5.8 billion) that were bought by individuals with suspicious wealth.

“This landmark moment is a positive statement of intent from law enforcement and sends a clear message to those seeking to launder corrupt wealth through the UK that their assets will no longer be safe here,” said Rachel Davies Teka, the group's head of advocacy. “We hope that this announcement will signal the beginning of more action being taken to finally end the UK’s status as a safe haven for corrupt individuals.”