Four Venezuelan journalists have fled the country after being threatened and sued for reporting irregularities in food distribution companies linked to the Maduro government, reports El PAIS. 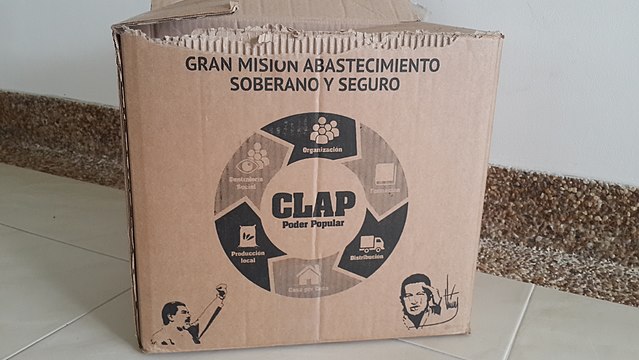 The two stories published in April and September of 2017 exposed the continued relationship the Maduro administration has with notorious Colombian businessman Alex Saab.

Venezuela is importing food through a company called Group Grand Limited and is distributing it through the CLAP program which is designed to supply citizens with food that is unavailable in supermarkets.

In 2016, the opposition-dominated National Assembly claimed that CLAP food baskets were sold at premium prices to favor businessmen close to the government. The Armando reports revealed that Group Grand Limited priced items like tomato sauce at US$7.39 per kilo, when the market value is roughly $5. The difference in prices of items has been flagged by the Venezuelan opposition as indicative of corruption.

The articles linked Alex Saab to the deals between Group Grand Limited and the Venezuelan government.

Following the publication, the journalists and the organization received threats and had their personal information shared on social media, in addition to a lawsuit waged by Saab. He accused the reporters of continued defamation of reputation and aggravated injury charges, which carry a prison sentence of one to six years.

“We are not going to submit to a court whose judgment is already written, as our lawyers tell us,” exiled journalist Alfredo Meza told the OCCRP. “Justice in Venezuela is a big farce.”

Armando.info is an organization that conducts investigative reporting. Among the investigations they’ve done are the Panama Papers, and Military Outsourcing. In November, they won second place in the Latin American Investigative Journalism Award.