Thousands protested in Ukraine on Sunday demanding the impeachment of President Petro Poroshenko and the release of Georgian ex-leader Mikheil Saakashvili from detention, Reuters reported. 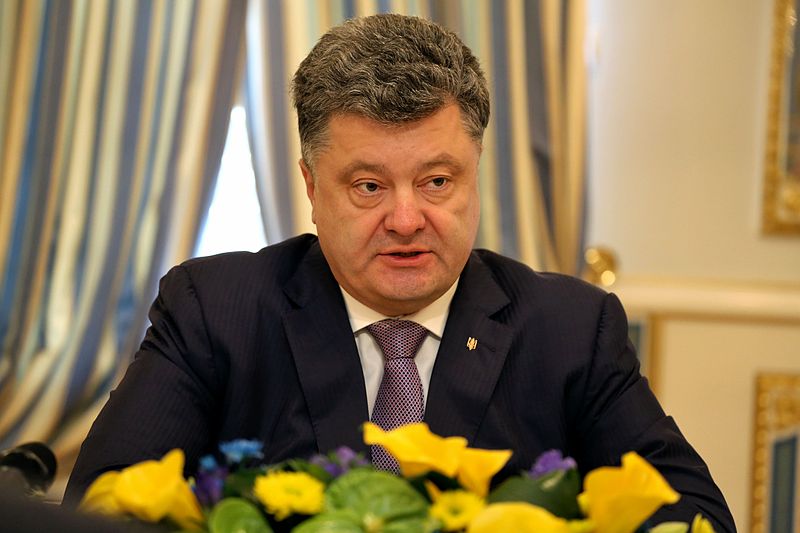 Petro Poroshenko (Photo: Michał Józefaciuk, CC BY-SA 3.0 PL)The rally began in Kiev’s Independence Square—the location of Ukraine’s Euromaidan 2013-2014 protests that led to the ousting of President Viktor Yanukovych. Protesters walked toward the place where Saakashvili has been detained and shouted “Down with the gang!” and “Impeachment,” according to The New York Times.

The rally appeared to be the result of Saakashvili and his supporters’ dramatic standoff with Ukrainian authorities last week. Saakashvili, the former president of Georgia and an ex-governor of Odessa, was detained on allegations that he assisted a criminal organization.

During his arrest, the Georgian called for his supporters to protest for Poroshenko’s impeachment, saying he is a “traitor to Ukraine” and “the head of an organized crime gang.”

Saakashvili is maintaining a hunger strike in detention, according to his lawyer.

“A lot of people are looking for changes. It is more difficult when Mikheil is not with us,” Saakashvili’s wife, Sandra Roelofs, said to protesters.

As they rallied, some participants broke the windows of one of the stores of Poroshenko’s candy company, Roshen. The president recently found himself tangled in allegations—sourced from a Paradise Papers leak—revolving his handling of the company.

Poroshenko promised to tackle corruption in the country during his 2014 election campaign. The European Union and the International Monetary Fund recently criticized the government’s lack of progress and apparent backtracking in anti-corruption efforts.

In November, the National Anti-Corruption Bureau of Ukraine (NABU) accused the Prosecutor General’s Office and Security Service of Ukraine of illegally intervening in an investigation. Amongst other criticized moves, President Poroshenko also endorsed changes to the regulations for criminal investigations that, if officially passed, would hinder the ability of NABU investigators.

"Poroshenko is an oligarch, and it's silly to expect him to fight corruption…Bees can't oppose honey," said protester Valery Shapovalov.