Ukrainian police faced on Tuesday a stand off in the arrest of Georgian ex-leader Mikheil Saakashvili, who is suspected of receiving money from a criminal group linked to ousted President Viktor Yanukovych, according to The New York Times. 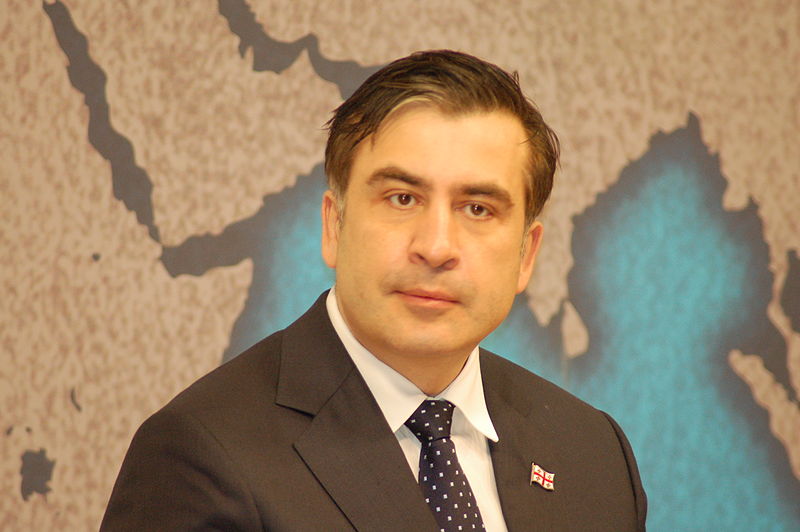 Mikheil Saakashvili (Photo: Chatham House, CC BY 2.0)After Ukrainian authorities entered Saakashvili’s apartment in Kiev, the Georgian ex-president and regional governor in Ukraine, charged to the roof of his building and threatened to jump. He was there arrested.

When authorities tried to transport him to a detention center, his supporters rallied around the vehicle in protest. Saakashvili was then freed from the vehicle and led protesters across the city with a Ukrainian flag draped over his shoulders and a pair of handcuffs on one wrist.

Ukrainian President Petro Poroshenko is a “traitor to Ukraine” and “the head of an organized crime gang,” Saakashvili told his supporters at Kiev’s parliament building.

The Georgian was known for criticizing Poroshenko for years, and now called for citizens to protest peacefully for the removal of Poroshenko from office.

Poroshenko appointed Saakashvili as governor of the southern region of Odessa in 2015. In 2016, he left this post, blaming Poroshenko for a lack of progress in government. He was later stripped of his Ukrainian citizenship. He is wanted in Georgia—where he served as president for around 10 years—for corruption charges.

Some experts recounted Tuesday’s drama as a sign of the public’s building frustration with Poroshenko and authorities’ willingness to use force. Allegedly, the result could affect Russian and EU relations with the country. Others claim the events were a deflection tactic by Poroshenko’s administration to distract the public from the ongoing attacks on the National Anti-Corruption Bureau of Ukraine (NABU).