The International Monetary Fund (IMF) voiced concerns over the fraying anti-corruption institutions of Ukraine in a statement on Wednesday. 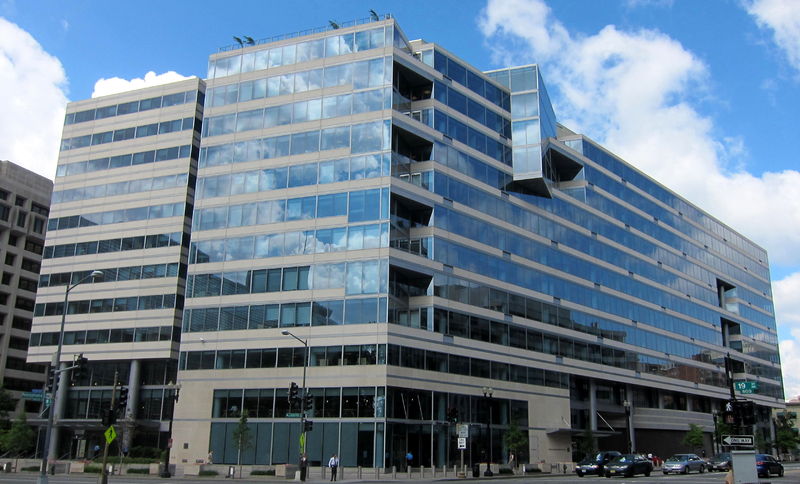 International Monetary Fund Headquarters (Photo: AgnosticPreachersKid, CC BY-SA 3.0)“We are deeply concerned by recent events in Ukraine that could roll back progress that has been made in setting up independent institutions to tackle high-level corruption, including the National Anti-corruption Bureau of Ukraine (NABU) and the Special Anti-corruption Prosecutor’s Office (SAPO),” said IMF Managing Director Christine Lagarde in Washington DC.

The IMF press release added to a myriad of concerned statements from the US, EU and World Bank on threats to the NABU and SAPO.

The NABU released a statement on Nov. 30 announcing an illegal interference by the Prosecutor General’s Office and Security Service of Ukraine in their investigation of an organized crime group within the State Migration Service of Ukraine. They criticized the Security Service for detaining an undercover agent in the operation and arresting three more agents. The statement said the arrests were illegal and without jurisdiction.

The NABU also blamed their lack of the right to autonomous wiretapping for the failed investigation. Lastly, the Prosecutor General’s Office publicly disclosed the investigation, hindering the abilities of the NABU.

“We urge the Ukrainian authorities and parliament to safeguard the independence of NABU and SAPO. We also urge the authorities to move quickly with legislation to operationalize an independent anti-corruption court,” Lagarde continued.

In a Dec. 4 statement, the US State Department claimed the recent events “undermine public trust and risk eroding international support for Ukraine.”

“The fight against corruption is a key element in the development of EU-Ukraine relations, upon which the success of other reforms rests,” the European Union wrote in a Dec. 5 press release.

The IMF is one of the largest contributors to a $US 40 billion bailout package intended for Ukrainian reforms. The country received the grant after the ousting of the Russia-backed president, Viktor Yanukovich, but concerns over the progress of reforms already led the IMF to delay billions of dollars for the fund.