The “Fat Leonard” corruption investigation has grown over the past few years to involve 440 active-duty and retired US Navy personnel, including 60 current and former admirals, suspected of being connected to the Singapore-based maritime tycoon who defrauded the Navy of nearly US$ 35 million. 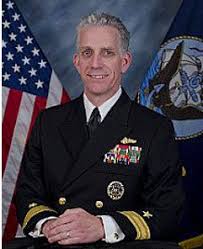 Malaysian defense contractor Leonard Glenn Francis, dubbed "Leonard the Legend" for his lavish lifestyle and "Fat Leonard" for being 360-pounds in weight, pleaded guilty in 2015 of bribing dozens of Navy officials with prostitutes, liquor and other temptations in exchange of confidential information.

The scam, which is considered as the biggest corruption scandal in Navy history since WWII according to news channel RT, goes back as far as 1992 while most of his ill actions occurred between 2004 and 2010.

Francis was arrested in September 2013 on fraud and bribery charges. He is currently detained in a San Diego prison and awaits sentencing in federal court. He faces up to 25 years in prison.

So far, the Justice Department has filed criminal charges against 28 people, including two admirals.

It includes Rear Admiral Bruce Loveless, recently retired from the Pentagon, as well as four retired Navy captains and a retired Marine colonel. They were arrested by the Justice Department across five states and faced charges including bribery, conspiracy to commit bribery, honest services fraud, and obstruction of justice and making false statements to federal investigators.

The Naval Criminal Investigative Service (NCIS) opened separate investigations into Glenn Defense in 2006 and revealed that 440 current or retired officers are targeted.

An official said the Navy has already concluded that 230 of those were not guilty of misconduct as their link to Francis was either tenuous or non-existent, according to The Washington Post.

So far, the Navy has charged five people with crimes — none of them admirals — under military law.

In some instances, officials cannot be prosecuted in civilian courts but may be found guilty under the military justice system.

But, many of the officials cannot be charged as the five-year statute of limitations under military law has expired.