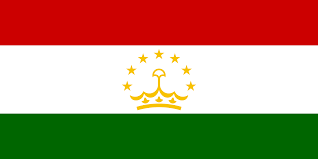 He was one of the first to be arrested when the crackdown began in April. Kholmurodzoda was charged with bribery and power abuse during the time when he led the investigation on Tajik tycoon and former Industry Minister Zayd Saidov in 2013.

Saidov was sentenced to 26 years in prison in 2013 for alleged financial fraud, polygamy and sexual relationship with minors.

According to Tuesday’s RFE/RL’s report, five other former government officials were convicted for bribery and fraud on the same day as Kholmurodzoda.

Akhbor news agency reported that the court sent former chief of the Department of Correctional Affairs at Dushanbe Prosecutor General's Office, Amirsho Sultonzoda, behind bars for nine years and Kosim Saidzoda, former chief of the anti-corruption department at the Ministry of Transport, for seven years.

The closed-door trial of 13 former top state officials, indicted for bribery and fraud, started on July 19, in Dushanbe, Asia-Plus.tj news agency reported. The full list of indictees has not been disclosed.

The head of the Supreme Court, Shermuhammad Shokhiyon, confirmed that 10 out of 13 public officials on trial had worked at the State Anti-Corruption Agency. Three more persons were employees of the State Customs Service and the Prosecutor General’s Office, RFE/RL reported on July 18.

The Supreme Court announced the first verdicts end of July. Davlatbek Hayrzoda, ex-deputy director of the anti-corruption agency, and Faridun Benazirzoda, head of Khudjand City Customs Office, both were sentenced to 10.5 years in prison for bribery, according to RFE/ RL. Fakhriddin Bozorov, former deputy chief of the Customs Control Service, got 8 years, Akhbor added.