US: Pakistan's Largest Bank Ordered to Close its US Branch for Compliance Failures

New York’s authorities said Thursday they fined Pakistan’s largest bank with US$ 225 million for repeatedly failing to comply with anti-terrorism and money laundering laws and that the bank has agreed to close down its only US branch. 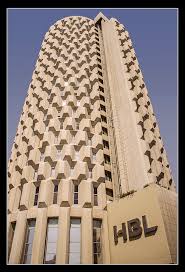 The New York State Department of Financial Services (DFS) said in a statement that the Habib Bank had consistently failed to correct its “glaring deficiencies,” and that the bank’s misconduct will “no longer occur on US soil.”

The deficiencies had been detected within the bank’s compliance with money laundering laws by the DFS and its predecessor already a decade ago.

Habib Bank had agreed to take in 2006 and 2015 several measures to mitigate risks of money laundering and terrorist financing as well as other financial offenses.

However, a 2016 inspection revealed that the bank had not endeavored to comply with US regulations and particularly failed to properly screen at least 13,000 transactions flagged by its monitoring system.

The review found that Habib had facilitated billions of dollars of transactions with a Saudi private bank, Al Rajhi Bank, which is believed to be linked to al Qaeda.

It also showed that the bank used a "good guy" list – a list of customers regarded low risk - to rubber stamp at least US$250 million in transactions. More than 150 of these entities are actually sanctioned by the US Treasury Department, such as the leader of a Pakistani terrorist group and an international arms dealer.

In another instance, the DFS reported that the Habib handled payments involving individuals wanted by US authorities, including an individual suspected of cybercrime and a Chinese weapons manufacturer subject to US sanctions.

This is the first time the DFS orders a bank to close one of its branches in the US.

The settlement does not preclude future enforcement action in the event that the DFS investigation reveals further problems.

“DFS will not stand by and let Habib Bank sneak out of the United States without holding it accountable for putting the integrity of the financial services industry and the safety of our nation at risk,” said Financial Services Superintendent Maria T. Vullo.