Pakistan’s ousted prime minister, Nawaz Sharif, and his two sons failed on Friday to appear before the country’s top criminal investigation body which is probing his offshore properties he lost his job over. 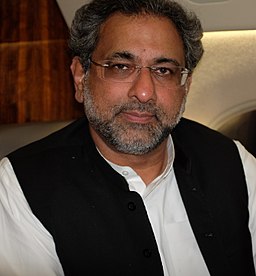 Some members of Sharif’s party said he will cooperate with investigators only after the Supreme Court reviews his complaint against its previous decision to oust him.

Pakistan’s top court disqualified Sharif end of July from continuing to act as prime minister because it found he possessed a working permit in the UAE which a firm owned by his son obtained for him.

The ten-member NAB investigation team traveled from Rawalpindi to Lahore to record the statements of Sharif and his sons but the family refused to meet with them.

"The money laundering network is probably the biggest in Asia," said Fawad Chaudhry, the spokesman for Pakistan’s Tehreek-e-Insaf (PTI) party which criticized Sharif before.

He also accused the current Prime Minister, Shahid Khaqan Abbasi, of acting like a "puppet prime minister" and by doing nothing “siding with the money laundering network."

Yasser Latif Hamdani, an Islamabad based renowned lawyer, told OCCRP, that “if the Sharifs won’t present themselves before the investigation team, then they will be arrested.”

Last week, Sharif held a defiant roadshow with thousands of supporters from Islamabad to Lahore to project his political strength after the Supreme Court verdict.

The NAB said it will summon the Sharifs for a second time and if they don’t respond, then for a final third time.