US Indicts Russian Suspected of Laundering US$4 Billion for Criminals

The US indicted Wednesday a Russian man suspected of laundering more than US$ 4 billion for people  involved in computer hacking, drug trafficking and other crimes. 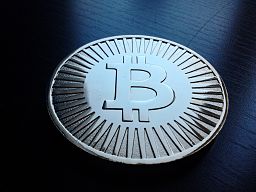 Vinnik, 38, was arrested Tuesday on a US warrant in a beach-side village in northern Greece.

He is accused of doing business in the US without respecting protocols to protect against money laundering and other crimes.

Vinnik, who is the operator of BTC-e, an exchange used to trade the digital currency bitcoin, has been linked to the failure of Mt. Gox, a Japan-based bitcoin exchange that collapsed in 2014 after being hacked.

He then allegedly used the hacked funds from Mt. Gox and laundered them through BTC-e and Tradehill, another San Francisco-based exchange he owned.

"Just as new computer technologies continue to change the way we engage each other and experience the world, so too will criminals subvert these new technologies to serve their own nefarious purposes," said Brian Stretch, US Attorney for the Northern District of California.

His arrest is the latest in a series of US operations against Russian cyber-criminals in Europe. Last week, the US Justice Department shut down the famous dark web market AlphaBay and captured its operator.

Bitcoin is a de-regulated and de-centralized online currency whose value is tied to user demand. Since its creation in 2009, it has gained popularity among people seeking to evade regulations, prompting law enforcement concerns.

If convicted in the US, Vinnik could face up to 20 years in prison for money laundering.