The Vatican on Thursday indicted two former officials of the Bambino Gesu Hospital in Rome for diverting nearly half a million dollars in hospital donations to renovate the apartment of a Cardinal, the Vatican Radio reported. 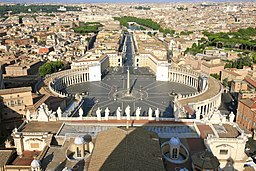 The former president, Giuseppe Profiti, and the former treasurer, Massimo Spina, have been charged with misappropriating at least 422,000 euros (US$ 481,000) in donations to the fund-raising foundation of the Bambino Gesu Pediatric Hospital.

According to the indictment, the money instead went for the renovation of the penthouse of Cardinal Tarcisio Bertone, the second most powerful man in the Catholic Church who retired in 2013.

Profiti said the payment went to the refurbishing because Bertone’s apartment – which has an enormous rooftop overlooking St. Peter’s Basilica – was to be used for fund-raising events.

Bertone, who had appointed Profiti as president of the hospital in 2008, denied having accepted the payment and said he invested some 300,000 euros (US$ 342,000) for the renovations out of his own pocket.

The Vatican reported that it had launched an investigation into this matter in 2016 after documents were published suggesting there may have been an illicit transfer of funds from the hospital’s foundation.

The scandal comes only days after the hospital called an Associated Press investigation into the problems of its medical care a “hoax,” and threatened legal action against the news agency.