Four top officials of Kazakhstan’s pharmacy committee have been detained over allegations of bribery, embezzlement and lobbying on behalf of pharmaceutical companies, the state-run outlet Kazinform reported Monday.

The officials are accused of accepting bribes totaling more than 10 million Kazakh tenge (US$ 30,611.50), in return for allegedly issuing certificates of proper production and distribution practices. 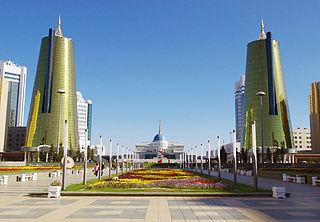 They are also suspected of embezzling budget funds by overstating the cost of purchased medicines.

The Pharmacy Committee of the Ministry of Health of the Republic of Kazakhstan is responsible for regulating the distribution of medicine throughout the country, as well as medical devices and equipment.

The committee holds a wide range of powers, including issuing permits for importing medicine and equipment to Kazakhstan, approving clinical research, implementing state regulations of medicine costs, suspending the use of a medicinal product, and generally ensuring compliance with the country’s health standards.

Three of the officials – Pak, Kazhinova and Imamkhodzhaev – were taken into custody, and Ibraeva has been placed under house arrest.