Indian law enforcement officers Tuesday raided the residences and properties of top opposition leaders and businessmen as part of a multi-city crackdown on alleged corruption. 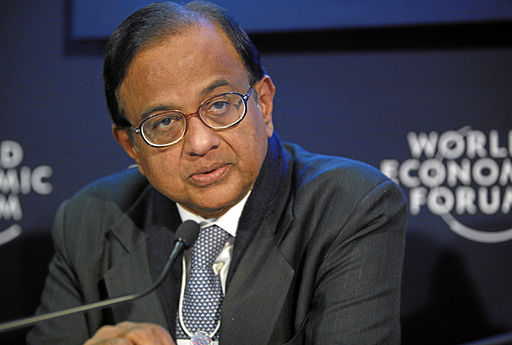 Karti has been formally accused of criminal conspiracy and influencing public servants in a 2007 sale of stakes in a company called INX Media to offshore entities, while his father was in power.

INX Media allegedly paid over 3.5 crore (US$ 85,000) to companies directly or indirectly controlled by Karti to ensure India’s foreign investment board’s approval of the sale, according to the Times of India.

"People in high positions acquiring assets through shell companies is not a small matter and I think the day of reckoning has come for many, they will all be held accountable," said current finance minister Arun Jaitley, according to the Hindustan Times.

Chidambaram’s party, the Indian National Congress, described the raids as "a fishing expedition launched by the government of Prime Minister Narendra Modi against Mr Chidambaram," the BBC reported.

The former finance minister is a vocal critic of Modi.

He added that neither Chidambaram nor any opposition leader would be silenced by the "politics of revenge and vendetta."

The home of INX promoter Peter Mukerjea and his wife Indrani were also raided. Both are formally accused of corruption by the CBI, and are already on trial for the murder of Indrani’s daughter from a previous marriage.

On the same day, the Income Tax (I-T) Department raided over 22 locations in a separate investigation into the chief of political party Rashtriya Janata Dal (RJD) and another vocal Modi critic, Lalu Prasad Yadav, the Business Standard reported.

Prasad and his two sons are alleged to have been involved in 1,000 crore (US$ 15.6 million) worth of shady "benami" land deals – a term in Indian law that denotes property held under the name of a fictional or third party.

The properties of his daughter and two other RJD lawmakers were also raided.

Prasad claims the moves are an attempt to finish off the political opposition and called the leaders of the governing party "egoist and fascist".