The most popular president in Brazilian history, Luiz Inacio Lula da Silva, was grilled for five hours in court Wednesday by the country’s top anti-corruption judge for his alleged role in the unfolding Petrobras scandal. 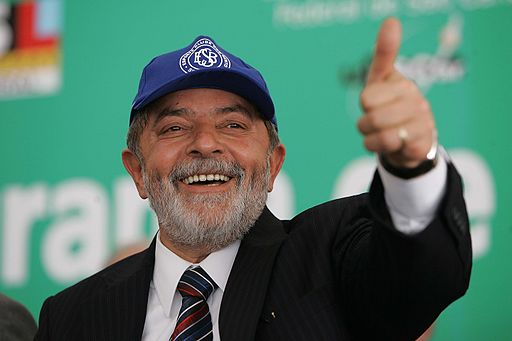 "I consider this trial illegitimate and the accusation a farce," the former president said in a video released after the testimony, according to the BBC.

He also blamed the media for conducting a witch hunt against him. "Never in the history of Brazil was someone so persecuted and massacred as I am being in the last years," he said, according to The Guardian.

Lula has been accused 17 times of corruption, 211 times of money laundering, as well as four times of influence peddling, three times of being part of a criminal organization and of obstruction of justice, according to Veja.com.

Operation Car Wash, which began three years ago and is overseen by judge Moro, centers on construction firms that have admitted to paying billions in kickbacks in return for lucrative contracts at state-run oil company Petrobras.

More than 90 powerful businessmen and politicians have been convicted so far, and a third of the current President Temer’s cabinet are under investigation, according to Reuters.

On Tuesday, a federal judge in Brasilia ordered the suspension of all activities at the Lula Institute, an NGO the former president established, on suspicion that it may have been used as a meeting place for the commission of various crimes, Rio Times reported.

Lula is still considered a hero to many in Brazil. Between 2003 and 2010, his administration pulled tens of millions out of poverty into the middle class.

After his appearance in court in Curitiba, Lula attended a campaign-style rally with thousands of his supporters, dressed in the red of his Worker’s Party. He was cheered on as a "warrior of the Brazilian people," the BBC reported.

Judge Moro is expected to hand down his verdict in 45 to 60 days. If found guilty, Lula could face a prison sentence. If cleared, he said that he will run again for the presidency in 2018.