Ukrainian authorities detained an ex-MP and a state energy firm deputy chief for the embezzlement of US$ 17.3 million from selling uranium concentrate at inflated prices, the National Anti-Corruption Bureau of Ukraine (NABU) said Friday. 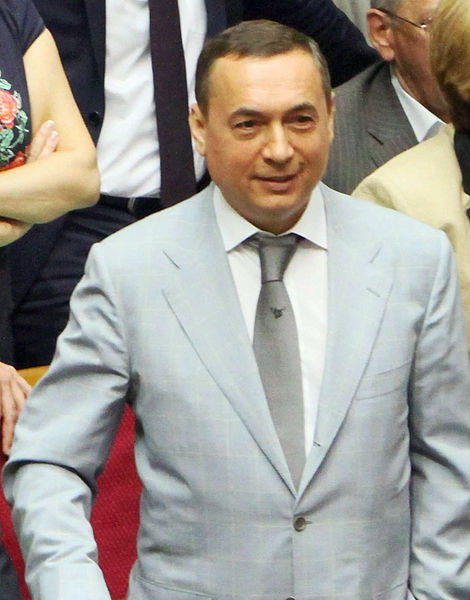 Mykola Martynenko (Photo: ВО Свобода)Mykola Martynenko, the former head of the Ukrainian parliament’s energy committee, is suspected of personally benefiting from the scheme through an Austria-registered company he allegedly controlled, Reuters reported.

The first deputy chairman of state energy firm Naftogaz, Sergiy Pereloma, is suspected of having been an intermediary in those dealings before he joined Naftogaz.

Martynenko allegedly spent US$ 50,000 of the stolen money on his wife’s medical bills and over €64,000 (US$ 70,900) on renting property in the EU for family members, including a London apartment for his daughter.

Ukrainian, Swiss and Czech authorities have also been investigating Martynenko for accepting 30 million Swiss francs from Skoda and money laundering the bribes, in return for Skoda winning a contract to supply Energoatom with equipment.

He is also believed to have spent some of the stolen Uranium money on defense advocates in the Swiss criminal investigation.

On Saturday, however, Kyiv’s Solomyansky Court decided to release Martynenko without bail although prosecutors had requested he should be jailed on a Hr 300 million (US$ 11.2 million) bail, according to the Kyiv Post.

21 people had offered to vouch for Martynenko, including 17 members of his political party, People’s Front.

Before the decision, NABU accused the party’s lawmakers of verbally threatening the judge during the hearing. The party in turn accused the bureau of exerting pressure on judges.

The same day, prosecutors said that two other key suspects in the investigation, directors of the enrichment plant, had fled Ukraine and their whereabouts remain unknown, the Kyiv Post reported.

"They were about to be charged with the offenses," said prosecutor Roman Symkiv in an interview, "I assume that they knew about it."