The former governor of the Tourism Authority of Thailand, Juthamas Siriwan, 70, was sent behind bars for 50 years for taking bribes from U.S. filmmakers in return for contracts to host the Bangkok International Film Festival, media reported Wednesday. 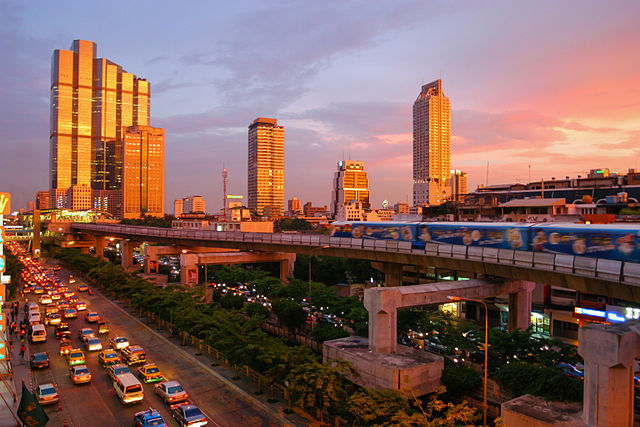 Bangkok (Photo: User:Diliff)Her daughter Jittisopa was sentenced to 44 years for aiding her mother.

The pair are required to repay the Thai court the US$ 1.81 million they received in kickbacks from Hollywood producer couple, Gerald and Patricia Green.

Siriwan demanded the bribes in exchange for the contract to host the annual festival between 2002 and 2007, despite the couple lacking the necessary expertise or experience to do so, reported the Bangkok Post.

In 2009, the Greens were found guilty in a Los Angeles court of money laundering, bribery, tax fraud and obstruction of justice.

Judges found that the Greens concealed the bribes using shell companies, some with fake addresses and phone numbers, and paid the money into bank accounts in the U.K, Isle of Jersey and Singapore in the name of the Siriwan’s daughter and a friend of the governor.

The contracts secured by the Greens resulted in over US$ 13.5 million in revenue.

Siriwan was not initially charged in either country and in a 2007 press conference said "if the U.S. agency finds me guilty, I will counter-sue them, since it’s a case of mudslinging and a groundless accusation."

However, the day after U.S. authorities charged the Greens, Siriwan resigned from the deputy chairmanship of the People’s Power Party, according to Variety.