Authorities in Kyrgyzstan charged a member of the country’s opposition party Ata-Meken and former Minister of Justice with corruption and barred him from leaving the country while investigations are underway, local media reported. 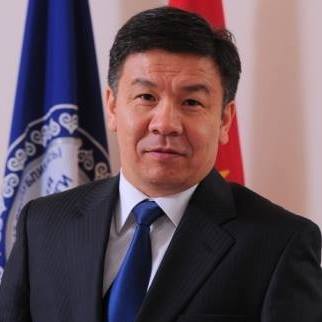 Almambet Shykmamatov (Photo: Facebook)The State Committee for National Security said on Tuesday that lawmaker Almambet Shykmamatov — acting chairman of Ata-Meken — is suspected of fraud while serving as an auditor at the State Accounting Chamber in 2011, according to Radio Free Europe Radio Liberty.

He is one of at least five members of the political party facing potential prosecution on charges many consider to be politically motivated, RFE/RL reported.

The party’s leader Omurbek Tekebaev — a former parliament speaker, presidential candidate and outspoken critic of Kyrgyz President Almazbek Atambaev — has been detained since late February while being investigated on charges of fraud and corruption.

His supporters, however, believe the investigation is intended to keep him from running for president in November.

Atambaev is constitutionally barred from running for re-election, but Kyrgyzstan's parliament voted late last year to call a referendum on a constitutional change that would strengthen the powers of the prime minister, a move critics believe is meant to help get Atambaev into the position when his presidential term ends.