Kazakhstan’s anti-corruption bureau accused on Monday a former economic minister of stealing millions through the construction of a factory, the agency announced in a release. 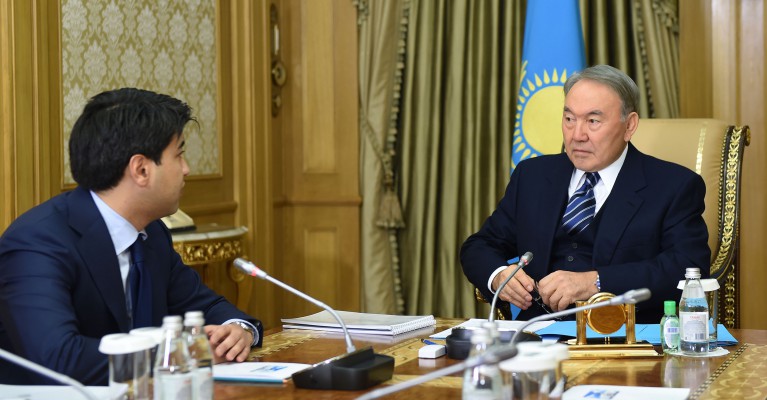 Bishimbayev allegedly organized a scheme in which money was siphoned out of the project through the two companies – OrdaGlass, LLP and its contracting party, Shymkenthimmontazh, LLP. The funds were then cashed out through an affiliate LLP, Metal Construction Plant, under the guise of payments for the construction workers’ food and accommodations.

Bishimbayev is alleged to have then received his share through an intermediary, identified by anti-corruption officials as his cousin, S. Nurlybek.

A Kazakh court has issued orders to arrest two heads of the companies involved, Zh. Isabek and M. Kozhabayev, as well as Nurlybek for their alleged involvement. A fourth suspect, Ibrashev D. admitted guilt and is currently being held under house arrest.

Bishimbayev was appointed Economic Minister in May 2016, but Kazakhstan’s President-for-life Nursultan Nazarbayev dismissed him on Dec. 28 for alleged abuses, including bribery, during his tenure as chairman of the state-run holding company JSC Baiterek DEVELOPMENT – a seat he occupied from 2013 to 2016. The holding company is responsible for handling bids for state contracts.

Investigators opened an investigation into Bishimbayev on the same day of his dismissal, and on Jan. 10 he was arrested. A Kazakhstani court subsequently ordered that he be held in preventative detention throughout the pretrial investigation, which is still ongoing.

Construction of the plant began in 2015 and is set to be completed during the first half of this year, according to local media.