Chinese courts sentenced two former state officials to life in prison and a third one to eight years for corruption, authorities said Monday. 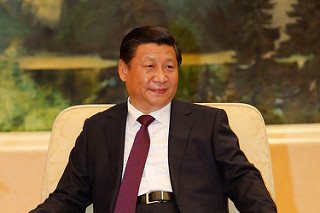 Chinese President Xi Jinping (Photo: Michel Temer CC BY-SA 2.0)A court in the northern city of Jinan found one of the a former vice-chairman of the nation’s top political advisory body guilty of bribery, abuse of power and for being unable to explain the source of property worth millions of yuan, the Communist Party’s anti-graft watchdog said.

Su Rong, former vice-chairman of the high-profile Chinese People's Political Consultative Conference, will spend the rest of his life behind bars because he took between 2002 and 2014 bribes worth 116 million yuan (US$ 16.92 million) the court said.

In an international search dubbed Operation "Fox Hunt," China has vowed to pursue corrupt officials and business executives who fled overseas, according to Reuters.

Li Huabo, a former local finance official in Jiangxi Province, received his life sentence after he was repatriated to China from Singapore in 2015, the statement said.

Wang Guoqiang, former party chief in China's northeastern Liaoning Province, was sentenced to eight years in prison and fined 90 million yuan (US$ 13.13 million). Wang turned himself in to authorities in 2014 after fleeing to the United States for two years, the statement said.

The three are the latest to be jailed in President Xi Jinping’s extensive campaign against corruption among officials.