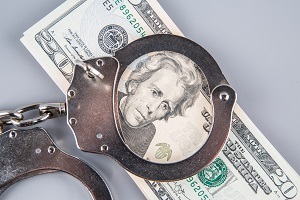 The suspect is alleged to have committed crimes worth hundreds of millions (Photo: Public Domain)A spokeswoman from the office told OCCRP that the 33-year-old man was arrested upon arrival in Ukraine on Sunday after border agents realized that Uzbekistan had issued an international warrant against him, she said.

The Kiev Prosecutor’s Office spokeswoman declined to give the name of the suspect but Radio Ozodlik identified him as the nephew of late Uzbek President Islam Karimov's wife, Akbar Abdullayev, citing an unnamed spokesman for Kyiv’s Solomenskiy District Court.

Abdullayev, along with his mother Tamara Sabirova, controlled more than 70 percent of businesses in Uzbekistan’s Fergana region throughout the 2000s. A Tashkent court charged Abdullayev with embezzlement in 2014.