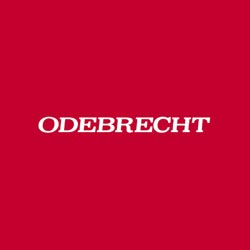 Odebrecht's logo (Photo: Vepetrelli CC BY-SA 4.0)In return for the bribe, Otto Bula Bula, a Liberal Party senator until 2002, allegedly helped Odebrecht win the contract to build the Ocaña-Gamarra highway and include conditions that favored the company, Colombia’s Attorney General’s office said in a statement.

Bula Bula, the second Colombian official linked to the Odebrecht scandal, was charged with bribery and illicit enrichment, the statement said, adding that he may have also violated foreign currency exchange rules.

Odebrecht has been in the international spotlight since Brazilian prosecutors uncovered an international bribes-for-contracts scandal, which forced the group to sell assets, refinance debt and bid for fewer contracts across the Americas and Africa, Reuters reported.

According to a United States Department of Justice, Odebrecht has pleaded guilty and agreed in December to pay between US$ 2.6 billion and US$ 4.5 billion in a settlement with authorities in the United States, Brazil and Switzerland for paying almost US$ 800 million in bribes to government officials around the world.