The Romanian branch of hypermarket chain Hornbach has announced it is severing its relationship with Austrian timber giant Holzindustrie Schweighofer, following an OCCRP investigation implicating the company in illegal logging. 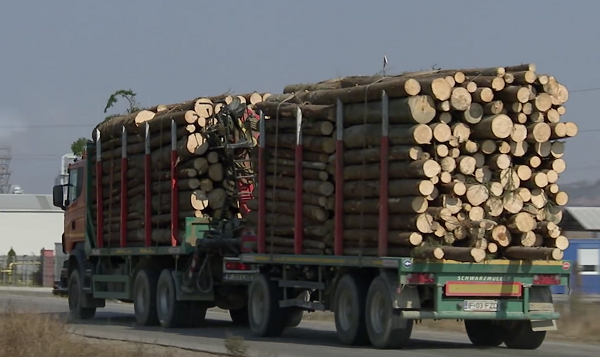 Schweighofer timber being transported through Romania (Photo: OCCRP)The official account of the German chain’s Romanian branch announced the move in a comment posted on a Facebook thread last week. The company said its decision was in response to an October report by the Forest Stewardship Council, a Germany-based multi-stakeholder conservation organization, which recommended the body disassociate itself from Holzindustrie Schweighofer and related firms.

The report cited information from September OCCRP documentary Clear Cut Crimes which detailed how Holzindustrie Schweighofer had benefited from illegal logging by criminal groups operating in the Carpathian Mountains region of Romania and Ukraine.

The documentary has led to pressure on companies to sever their dealings with Holzindustrie Schweighofer. One petition calling on Hornbach and other firms to cut their ties has already gained over 14,000 signatures.

Hornbach Romania has said it will release a full statement on its decision this week.