A company now owned by the son-in-law of Hungarian Prime Minister Viktor Orban bought property in an industrial park promoted by the government in the country’s northwest, an investigation by OCCRP partner Direkt36 has revealed. 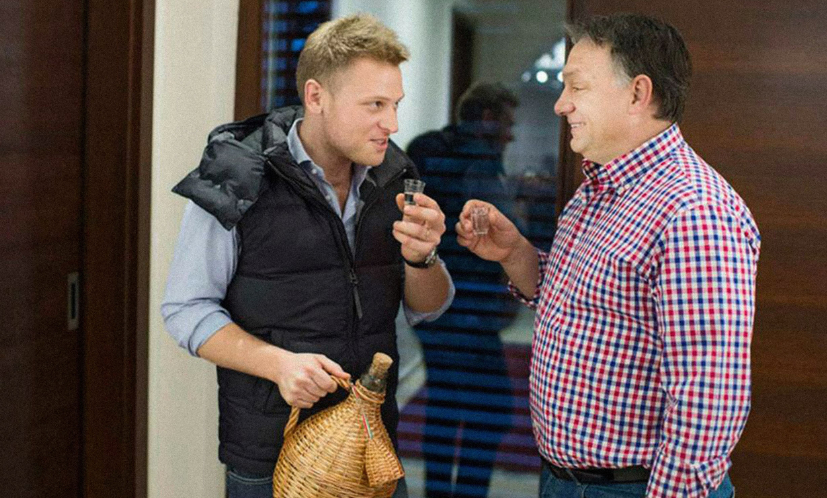 Istvan Tiborcz, left, and Viktor Orban (Photo: Viktor Orban's Facebook page)Istvan Tiborcz became the majority shareholder in August of WHB Ingatlan Ltd., which in March 2016 had purchased a 13,000 square meter plot of land containing a factory in the city of Komarom, according to land and company records.

WHB Ingatlan did not disclose how much it paid for the property, formerly a factory supplying Finnish telecommunications company Nokia. But company that it bought the property from, Perlos, had previously listed its value as €3.28 million (US$ 3.47 million), according to company records.

Factories for Perlos and Nokia previously on the land in Komarom had shut down between 2009 in 2014, prompting the government to step in to seek new investors. Then State Minister Peter Szijjarto, who is now Hungary’s foreign minister, instructed the Hungarian Investment Promotion Agency to accelerate talks with any company planning to invest in Komarom. Since then, two factories have already been set up on the site.

The sale of the property at Komarom by WHB Ingatlan raises questions about a much-publicized deal to entice South Korean manufacturing firm Woory Industrial to set up at the site. In Nov. 2014, Szijjarto announced plans for Woory to invest $38 million in Komarom, creating 150 jobs. The city of Komarom had been so certain that the deal would go ahead that a map of the industrial park the city posted online shows Woory’s logo sitting on the exact location of WHB Ingatlan’s purchase.

Nandor Toth, the municipality official in charge of the industrial park, confirmed to Direkt36 that the property in question was indeed slated for Woory, but that he thought the company may have “changed its mind.” He did not give further details.

Woory Industrial did not respond to questions from Direkt36. The Foreign Ministry said in a statement that it had conducted several rounds of negotiation with Woory since the 2014 announcement, but that it could not share any more details. It added that the ministry had been in contact with other potential investors, mostly in the car industry, about setting up in the park.