A Philippines mayor was shot and killed Saturday as police raided his jail cell, the second suspect named on President Rodrigo Duterte’s list of 150 officials linked to illegal drugs to die, according to Filipino news outlet Inquirer.net. 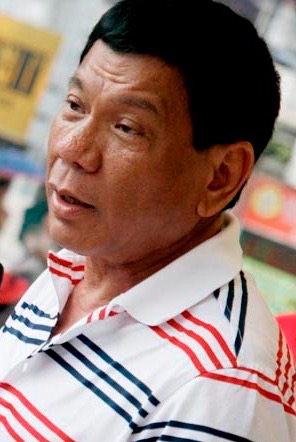 Philippines President Rodrigo Duterte (Photo: Keith Bacongco, CC BY 2.0)Officials from the Criminal Investigation and Direction Group gunned down Rolando Espinosa, mayor of Albuera in the Leyte province, after arriving at the jail with a search warrant for arms possession and illegal drugs. Another inmate held on similar charges, Raul Yap, was also killed during the raid, media reports.

Police arrested Espinosa in October after a raid of his home allegedly yielded unlicensed firearms and more than 11 kilograms of drugs, according to local media. At the time of his arrest, Espinosa denied any wrongdoing.

Espinosa was named in August on Duterte’s list of 150 corrupt officials believed to be linked to the illegal drug trade. Duterte, elected in May, has embarked on a violent crusade against the use of illegal drugs in the Philippines that has already resulted in more than 2,000 deaths, Reuters has reported.

Espinosa is the second politician on Duterte’s list to be killed in the last eight days, after another mayor, Samsudin Dimaukom of Datu Saudi-Ampatuan, a town in the country’s south, was shot by officials at a police checkpoint on Oct. 28. Dimaukom also denied wrongdoing.

The Philippine Commission on Human Rights, an independent government body, has called on police to hold those responsible for the deaths accountable. It has raised concerns about the state’s ability to protect prisoners, according to the New York Times.