Interpol has issued a red notice for fugitive former Playboy model Slobodanka Tosic, who was sentenced to two-and-a-half years in prison for her role in an attempted murder connected to one of Bosnia’s largest organized crime groups, local media reported Tuesday. 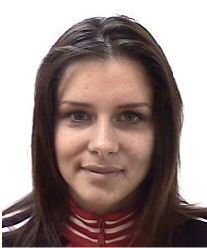 Slobodanka Tosic (Photo: Interpol Red Notice)The crackdown on the group in an operation codenamed “Lutka” (Doll) has led to the indictment of 32 people since August 2013. Members of the group were allegedly involved in multiple murders, armed robberies, and money laundering.

Tosic, 30, was arrested in Croatia on an international arrest warrant and extradited to Bosnia and Herzegovina in July 2015. She was convicted in March this year.

Prosecutors said Tosic took part in an April 2006 attempt to assassinate Djordje Zdrale, an East Sarajevo gangster who is currently serving a 20 year murder sentence. The court found that Tosic was used by another criminal, Darko Elez, to lure Zdrale to a house where gunmen lay in wait.

After her sentence was upheld in a second instance ruling in July, Tosic reportedly escaped house arrest before being transferred to prison to serve out her sentence.

The Court of Bosnia and Herzegovina confirmed to the OCCRP via email that it sent a request to Interpol on August 16 to issue an alert for Tosic.

Apart from her modeling career, Tosic gained regional fame as a contestant on the Serbian version of the reality show "Survivor."