Members of Parliament in the United Kingdom (UK) are calling for a probe into Prince Andrew’s business deals in Kazakhstan after the Daily Mail obtained a set of leaked emails and reported on how the Duke of York was allegedly conducting business with Kazakhstan's elite while acting as roving trade ambassador for the UK. 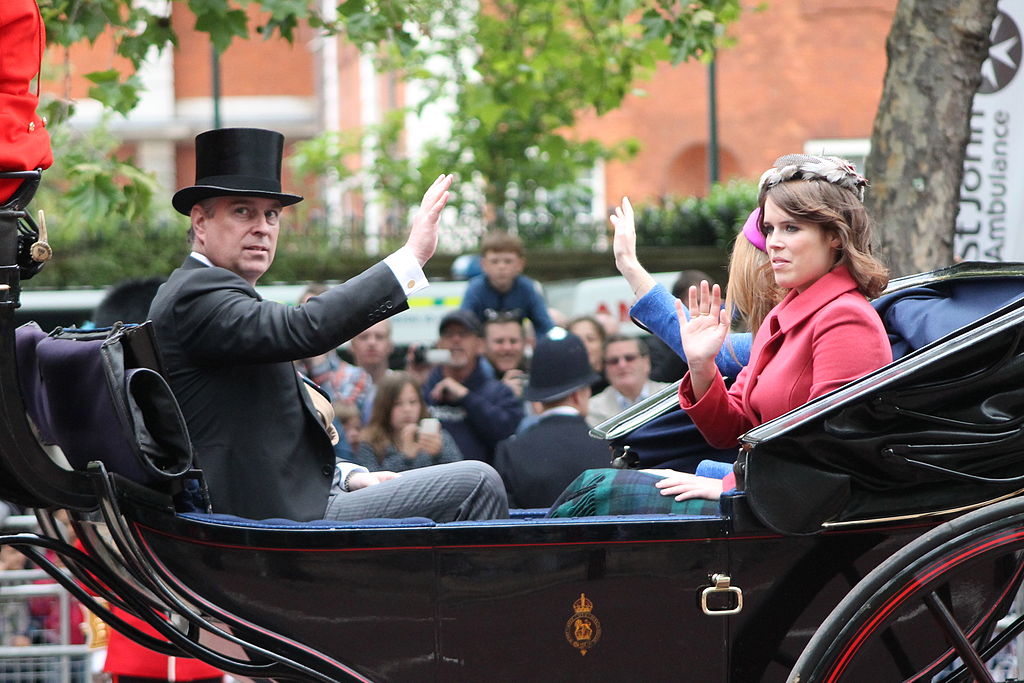 Prince Andrew & Princess Eugenie (Photo: Wikicommons)Prince Andrew ostensibly acted as a middleman helping a Greek sewage company and a Swiss finance house pursue a £ 385 million (US$ 561.6 million) contract in Kazakhstan, the Daily Mail reported. Andrew was allegedly going to be offered nearly £ 4 million (US$ 5.8 million) to convince a Kazakh oligarch, Kenges Rakishev, to support the bids.

The emails, published by the Daily Mail, also showed the extent of Andrew’s relationship to Kazakhstan’s elite and the conflict of interests of working on private business while in a public role.

The Duke and his staff allegedly organized the £15 million (US$ 21.8 million) sale of Andrew’s mansion, Sunninghill Park, in 2007 to Kazakh oligarch Timur Kulibayev, the son-in-law of Kazakh President Nursultan Nazarbayev. The price of the property was “hugely inflated” at £ 3 million (US$ 4.3 million) above the asking price, according to the Daily Mail.

Rakishev, allegedly a friend of Andrew, negotiated the purchase of Sunninghill Park in 2007. Rakishev is a close ally of Kazakhstan’s president, the Daily Mail said.

Andrew persuaded the Crown Estate to offer the billionaire Kulibayev a “grazing license” at a low rent of £ 200 (US$ 292) per acre for land close to Sunninghill although that deal was never finalized, the Daily Mail said. He also sought to arrange for high-level figures at the state-owned Royal Bank of Scotland to discuss wealth management for Kulibayev through their subsidiary Coutts.

The mansion Kulibayev purchased from Andrew remained empty for eight years before it was demolished earlier this year.

MPs have come forward to question Prince Andrew on the matter. “No one should be above the law and if evidence is put forward, then it should be investigated without fear or favor,” Liberal Democrat leader Tim Farron told the Daily Mail.

Sir Vince Cable, the former business secretary, said: “It would not be right for him to be speaking for the British Government,” and called for the prevention of Andrew from playing any official role in representing British trade overseas.

“I don’t think there has been enough transparency or scrutiny on the way this nebulous role has been used,” said Chris Bryant, Shadow Commons leader. “When I was at the Foreign Office, nobody could ever tell whether he was looking out for himself or whether he really had the interests of the country at heart.”

Buckingham Palace has denied Andrew’s involvement in the sale of the property to the oligarch. Andrew's spokesman initially denied that the prince had done any work for the Swiss and Greek firms. Daily Mail reporters provided the palace with a copy of an email which Andrew sent to Rakishev on behalf of both companies on Apr. 14, 2011. The palace claimed the email was a forgery but then tried to stop its publication on privacy grounds.