Georgia: Six Arrested for Attempting to Sell $200 Mil in Uranium 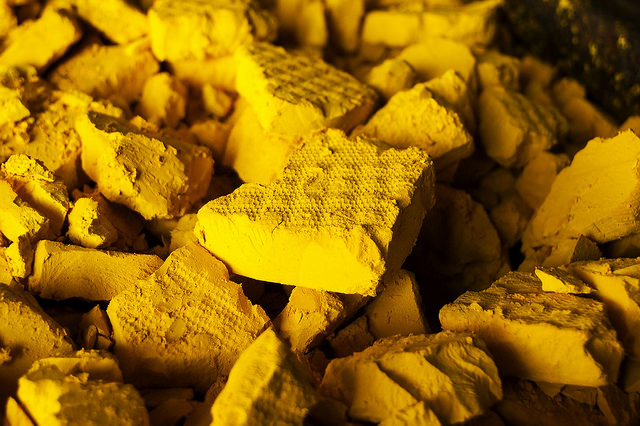 Yellow cake uranium (Photo: Nuclear Regulatory Commission)The agency’s statement confirmed that a Tbilisi court had ordered the detention of the suspects, three Georgian and three Armenian citizens. It did not specify the amount of uranium seized, its origin or destination.

The detention of the suspects was a preventative measure, Civil.ge said.

The uranium was sealed in a special factory container found in one of the suspects’ homes, Radio Free Europe/Radio Free Liberty (RFE/RL) said.

"Given the gamma ray emission, the identity of the source and radiological expertise report, the seized substance is dangerous for life and health," Savle Motiashvili, an investigator with the State Security Service, told a news briefing as reported by Reuters.

The suspects will be charged with "improper use and illegal selling of radioactive materials," Motiashvili told RFE/RL. They could face up to 10 years in jail if found guilty.

Georgian authorities have blocked multiple attempts to sell radioactive materials such as uranium.

This past January, security services arrested three individuals charged with selling radioactive Cesium-137,HETQ.am said.In August 2014, two Armenian citizens were also stopped at the Sadakhlo border crossing between Armenia and Georgia for attempting to smuggle an undisclosed amount of the same material.

In 2006, a resident of Russia's North Ossetia region was sentenced to eight and a half years in prison for attempting to sell weapons-grade uranium for US$ 1 million to agents he thought were radical Islamists, Reuters said.