An influence-peddling scandal in Italy has spread to include investigation of a junior health minister, Reuters reported. 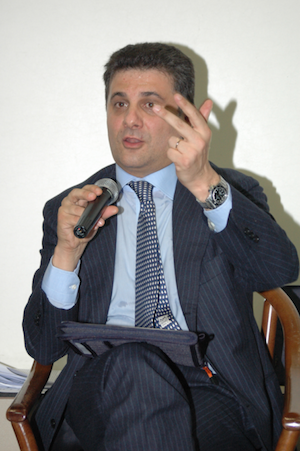 De Filippo, who was President of the Basilicata region around Potenza from 2005 to 2013, said he was stunned by news of the investigation, according to Il Foglio. He has been accused of criminal association, corruption and abuse of office in several separate cases dating back to 2002 but has been acquitted every time, the news outlet said.

Five Eni employees have already been arrested for alleged illegal waste trafficking as part of the investigation, Reuters said. The investigation is focused on development of an oil field in Basilicata. It has dominated Italian media and prompted the resignation of Industry Minister Federica Guidi.

Guidi stepped down in late March after phone-tapping transcripts were published of an alleged discussion between Guidi and her boyfriend, Gianluca Gemelli, over a planned governmental budget amendment that would help his business, the Wall Street Journal (WSJ) said. In the conversation, Guidi told Gemelli the government was finally approving the amendment to the 2015 budget law.

The amendment also relates to development at the oil field in Basilicata. Gemelli is facing charges of corruption and influence peddling in the Basilicata case, the WSJ said.

Prime Minister Renzi, who vowed to end cronyism in Italian politics when he took office, has been hit hard by the corruption allegations.  He said he himself had proposed the amendment to help speed up deliveries from the oil field by putting the central government in charge of related transport and infrastructure decisions, Reuters said.

The scandal has led to all main opposition parties presenting motions of no confidence in the Renzi government. These are expected to be debated in Parliament next week.