Prosecutors have charged a former Manhattan restaurant owner over an alleged multi-million-dollar Ponzi scheme in which investors were told their money would be invested in a liquor business, a US Attorney’s Office news release said Friday. 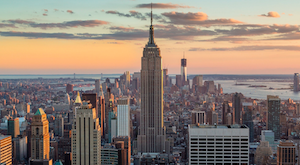 "As alleged, Hamlet Peralta solicited investors for his fictitious wholesale liquor business by peddling wholesale lies," US Attorney Preet Bharara said. Peralta is charged with one count of wire fraud and faces a maximum sentence of 20 years in prison if convicted.

Peralta told one prospective investor, a regular customer at his restaurant, that he owned a separate business called West 125th Street Liquors and was an exclusive wine distributor for a major national restaurant supply company, prosecutors allege. Neither statement was true.

The ex-restaurateur allegedly spent no more than US$ 700,000 on wholesale liquor but millions on restaurant bills, high-end clothing and spa treatments, Reuters reported. He also used the money to pay back other investors, prosecutors said, and to cover personal expenses, at times wiring himself funds or withdrawing cash.

Peralta owned the now-closed Hudson River Café. He is also linked to a corruption probe into the New York Police Department (NYPD) over alleged improper dealings between officials and businesspeople, including Peralta, the Wall Street Journal (WSJ) said. The alleged dealings included exchanges of gifts for police protection, the WSJ said.

An NYPD internal investigation began in late 2013, the WSJ reported, and merged with a separate probe started by federal investigators looking into the financial dealings of the president of the Correctional Officers’ Benevolent Association.

The investigation saw four high ranking veterans reassigned to desk jobs Thursday, in what the New York Times called a rare public rebuke to senior management within the police force. One of the reassigned officers was apparently a regular at Peralta’s restaurant, the New York Daily News said.