Spanish police have dismantled a drug ring and arrested 20 people suspected of using helicopters to fly in hashish from Morocco, a Saturday news release by the Spanish Civil Guard said. 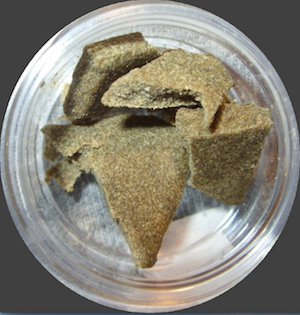 Hashish (Photo Credit: Wikipedia)Police searched 14 houses in locations including Madrid, Malaga and Cadiz and arrested suspects with Spanish, Moroccan, Romanian and Ecuadorian nationalities. Two helicopters, 15 vehicles, 1,500 kilograms of hashish, and € 220,000 (US$ 245,000) in cash were seized, along with marijuana plants.

Authorities were alerted that the group was planning to land a shipment of drugs near Malaga, police said. The Associated Press (AP) reported that a pilot, who had been transporting drugs during his weekend temporary releases from prison, was arrested on March 6, along with several others. The pilot was serving a sentence for an undisclosed crime in the coastal city of San Sebastian, Agence France-Presse (AFP) said.

Police said the gang would remove the blades and hide the helicopters inside a trailer truck or warehouse when not in use.

In a separate operation, authorities said they had arrested five suspects in Spain, seven in Estonia and detained three in Poland who were suspected of working together using cars with false floors to transport hashish, according to AFP.  Authorities seized 1.2 tons of hashish in raids across Europe, along with several luxury cars and around €20,000 (US$ 22,000) cash in Spain. The hashish was allegedly being transported from Spain to Russia, Poland and Estonia.