Five directors of the Spanish branch of the Industrial and Commercial Bank of China (ICBC) have been arrested as part of a probe into alleged money laundering of more than € 40 million (US$ 44 million), according to a Feb. 17 news release from Europol. 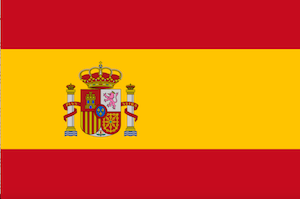 (Photo Credit: Wikipedia) The news release states that the operation is part of a larger probe carried out last year against Chinese organized crime groups based in Spain. A May 2015 operation dismantled a Chinese criminal network suspected of importing goods from China without declaring them on customs forms.

Later investigations revealed that the network targeted last year deposited money into ICBC, which allegedly sent the funds to China without checking their origin, as required by law.

Several other criminal syndicates have allegedly used ICBC Spain to launder money obtained through smuggling, tax and excise fraud and labor exploitation. The investigation has identified new international links leading to France, Germany and Lithuania, according to the news release.

The Chinese embassy in Spain said in a statement that it has not received official information from Spanish authorities about the operation.