Former French President Nicolas Sarkozy is under investigation regarding alleged irregularities with campaign finances dating back to his 2012 re-election campaign, according to the Guardian. 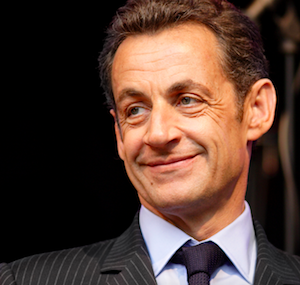 Nicolas Sarkozy (Photo Credit: Wikipedia) Sarkozy was notified that he was being investigated for spending more than the legal limit after being questioned at the Paris financial prosecutor’s office on Tuesday, according to the Guardian.

Sarkozy has denied any knowledge of overspending related to his campaign.

The New York Times reports that the Union for a Popular Movement, the previous name for Sarkozy’s center-right party, allegedly coerced the Bygmalion Communications Agency to issue fake invoices to conceal over-spending.

Several others had earlier been investigated in the Bygmalion case. Sarkozy was named on Tuesday as an “assisted witness” in the case, which means no proof of direct wrongdoing on his part has been found, but he can be investigated if new evidence arises, according to the New York Times.

Sarkozy’s lawyer said he would appeal the decision. He added that it was “only about exceeding the amount of campaign spending,” and that there was “nothing linking  Nicolas Sarkozy to the Bygmalion case,” according to the Guardian.