Four Ukrainian citizens have been charged with the attempted murder of Alexey Petrov, a former employee of the Bulgarian National Security Agency and controversial businessman. 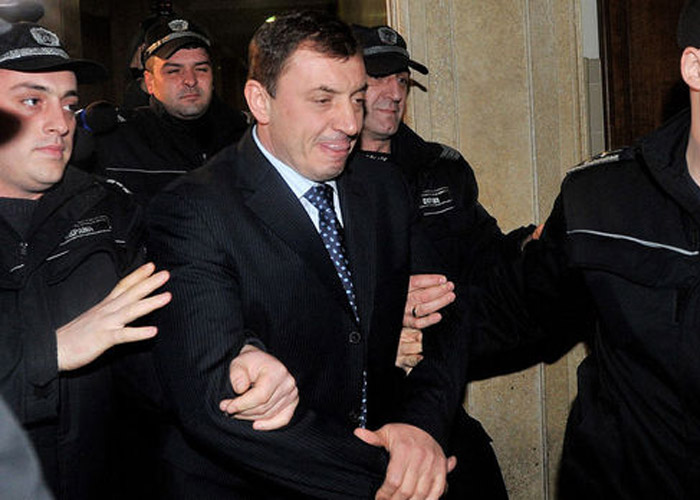 Alexey PetrovOnly one of the four, Roman Logvinenko, is behind bars, while the other three have been charged in absentia and added to INTERPOL's Red Notice list and the Schengen Information System, law enforcement officials said at a news briefing on Feb. 3.

In October 2015, Petrov’s armored automobile was blasted with grenade launchers, rocking a neighborhood in the Bulgarian capital of Sofia’s downtown area. He was unharmed, though the car sustained heavy damage.

Petrov, also known as “The Tractor,” is under investigation on charges of leading an organized crime group.

Logvinenko was arrested at the Danube Bridge between Romania and Bulgaria, trying to reenter Bulgaria. He has Bulgarian ID papers, a home address in the second largest city of Plovdiv, and runs a business that exports farm machinery to Ukraine.

The Sofia City Court ordered Logvinenko detained at a late evening session on Feb. 1. The order and the arrest was withheld from media and the public until the news briefing.

Investigators would not speculate on a possible motive or who might have ordered the killing, although they indicated that they have suspicions.

Police identified the three other Ukrainians as Maxim Chorniy, Artyom Tempinskiy and Yeven Balkov, who they say were brought to Bulgaria by Logvinenko for the attack due to their military training. For 18 months prior to the attack, the group tracked Petrov and studied his habits and his security guards’ behavior, police said.

They left the country immediately after the attack. Two people were given protected witness status in the course of the investigation. Deputy Prosecutor General Borislav Sarafov said Petrov survived because the assailants narrowly missed the target.

Petrov told bTV that he did not know any of the Ukrainians or a possible motive for the attack. He praised law enforcement actions in the case, adding he still does not feel completely safe.

Immediately after the explosions, Petrov denied he was the target, calling it “a mistake.” However, he later offered a large reward for information about the perpetrators. In the bTV interview, he wouldn’t say whether the reward has helped the investigation.

Most recently, Petrov made headlines in December 2015, when two men were shot in the legs in Sofia after a security guard opened fire near a busy thoroughfare. The security guard, who told police he works for Petrov, was arrested and charged with assault and endangering the lives of passersby, though he claimed that he acted in self-defense after being attacked by the victims.

Petrov said then the alleged shooter had no connection to his security staff, although he said he had “some relations” with the security firm the man works for during his unsuccessful 2011 run for the presidency.

In 2002, Petrov was injured very seriously in a shooting, which also occurred close to downtown Sofia. The perpetrators and the motive remain unknown.

At the Feb. 3 news briefing, Prosecutor Sarafov stated that “a crime of this scale, committed with such solid planning and with such immense professionalism, had never been solved in Bulgaria’s recent history.”

The press briefing came on the backdrop of several recent murders and the publication on Jan. 27 of a harshly-critical European Commission report on Bulgaria under the Cooperation and Verification Mechanism (CVM). It is a review of the country’s progress in its judicial reform and the fight against corruption and organized crime.

The EC said that “slow progress in tackling high-level corruption and organized crime cases continues to erode public confidence in the ability of the Bulgarian authorities to deliver justice.”

The prosecution was criticized for “lack of a solid track record in high-level cases on corruption and organized crime” and the recommendations included a stronger sense of initiative and responsibility, a less hierarchical culture and strengthening accountability and public trust.

According to the report, "there remain indications of serious intimidation of witnesses, undermining cases. Bulgaria still needs to establish a solid track record showing that final court decisions are reached and enforced in cases involving serious organized crime… Recently, the severity of the challenge has once again been underlined by several murders with apparent links to organized crime. A large number of contract killings over recent years remain unsolved."

Statistics show that an average of 35 contract killings are registered in Bulgaria annually and their number has increased sharply since 2000. According to another EC report, between 1992-2005 there were 173 such killings.

A different study, conducted by the Center for Liberal Strategies and the British Embassy said that of the 173 killings, only 25 have been solved, with 17 perpetrators indicted.