Police are investigating possible financial motives in the shooting death of Bulgarian businessman and alleged former mobster Vesselin “Fat Vesko” Stoimenov, who was killed in a Sofia suburb in the evening of Jan. 7 by unknown assailants. 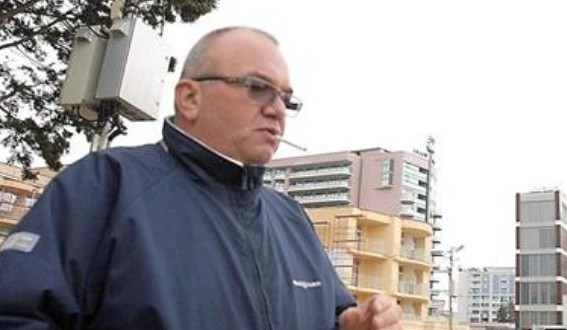 Veselin StoimenovStoimenov (53) is believed to be the successor to Georgi Iliev, an organized crime figure and former owner of Premier League Bulgarian soccer team Lokomotiv Plovdiv. Iliev took over the insurance and investment company VIS after his brother, VIS founder Vasil Iliev, was murdered in Sofia in 1995.

The VIS organization was banned in 1994, by which time Vasil Iliev was already believed to be one of the wealthiest men in the Balkans. Police say he began to amass his fortune smuggling petroleum into Serbia to evade the United Nations embargo during the 1990s Bosnian war.

After VIS was banned, it was reorganized as VIS-2 with Georgi Iliev at its helm. In 2005, Georgi Iliev was also murdered by a still-unknown sniper in a restaurant in Sunny Beach, Bulgaria’s largest summer resort on the Black Sea.

Stoimenov, the man killed on Jan. 7, is believed to have been one of the last surviving VIS members who split the Iliev fortune among themselves after the death of the second brother. He was known as the “liquidator of VIS.”

Stoimenov was shot seven times around 8 pm in a gated upscale residential community and died from a bullet wound in the head. Several hours later, a burnt-out BMW was found in a nearby Sofia district. According to sources of the state-owned Bulgarian National Television (BNT), the BMW had been reported stolen earlier, was used as a getaway vehicle and was set on fire to destroy evidence.

Pavel Panov, spokesperson of the Sofia City Prosecutor’s Office, told Bulgarian media that Stoimenov was on his way to visit a friend who lived in the gated complex and she was the one who found his body. Panov said that police believe the motive may have been financial after searching various properties, examining security cameras and questioning witnesses.

Konstantin Dimitrov, Deputy Chief of the National Police, said police are continuing to look into his business partners and companies. "Suspicious transfers linked to offshore companies of Vesselin Stoimenov, who is close to the heirs of the VIS-2 group, are the most likely motive for his murder," he said.

Stoimenov had no criminal record, but is believed to have managed the properties of VIS, mainly several hotels of Georgi Iliev on the Bulgarian Black Sea coast. After 2000, Stoimenov appeared in auctions of seafront property on behalf of companies connected to Georgi Iliev.

He also owned Venis Marine, a company that provided boat tours on the Ropotamo River, which flows into the Black Sea and is a nature reserve.

In April 2014, Stoimenov’s name was involved in a scandal after reports that Venis Marine boats were illegally occupying the boat pier in the Ropotamo reserve despite a prior revocation of its contract to provide the river tours.

The Bulgarian site for investigative journalism Bivol.bg, an OCCRP partner, has closely followed the deeds of Venis Marine in the reserve and published several stories on its illegal activities.

In March 2013, Bivol reported that Venis Marine was involved in illegal construction in the reserve. The government stopped the construction and revoked the boat tours contract. The company, however, continued to operate the tours in 2014 and 2015 and collected the proceeds without paying a concession fee to the state.

According to Bivol, Venis Marine is also the owner of a company linked to drug lord Hristoforos “Taki” Amanatidis, who is a fugitive. Some Bulgarian media reported that Soimenov’s murder could have been a warning for Taki.

However, in an interview for Nova TV, Colonel Botio Botev, former chief of the national police “Serious Crimes” unit, downplayed Stoimenov’s role in VIS. Botev, who at the time was in charge of investigating the murder of Georgi Iliev, said Stoimenov was “in the VIS periphery” when Iliev was running it and later just managed the “investments of other people on the Black Sea coast.”