The Romanian Court of Accounts initiated 675 criminal cases against individuals suspected of defrauding the state of public funds in the past decade, reported Romanian public news agency Agerpres. The cases, added together, amount to a total of € 2.1 billion (US$ 2.3 billion) in damages. 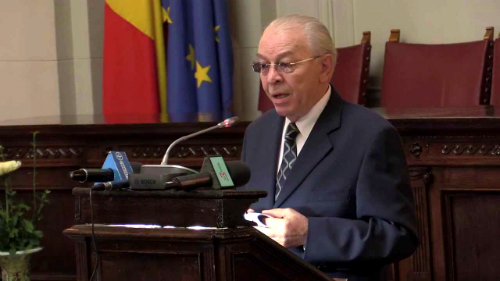 Nicolae Vacaroiu - President, Court of Accounts The cases, filed with the public prosecutor, cover the period between 2005 and 2015, according to the president of the Court of Accounts, Nicolae Vacaroiu. He said that some cases involved damage to state budget and territorial administrative units of approximately € 500,000 (US$ 555,450), and a few cases amounted to more than € 500 million (US$ 555 million) in damages.

“Unfortunately, we have many cases now that we are dealing with cash thefts,” said Vacaroiu, “[Underreported] receipts, money taken from the people, money that never reached the treasury.”

The 2014 report published by the Court of Accounts found irregularities tallied up to € 376 million (US$ 418 million) at public institutions last year alone. The largest losses, making up 40 percent, were found in local territorial administrative budgets, partially the result of unlawful use or faulty allocation of funds.

The top three most common types of violations covered by the report included funds written off as personal expenses not covered by Romanian law; breaching the law on employment, settlements and authorized budgetary expenditures; and unreasonably overstated costs or annual budget increases.

Vacaroiu also cited corruption, misconduct in service and changes in legislation that have allowed funds to vanish from state coffers. In 2014, the government headed by Victor Ponta took € 400 million from the state’s investment budget transferring it to the government’s emergency reserves. He later distributed the funds without public justification to municipalities and county councils via emergency ordinances, reported Mediafax.

Another major fraud identified by the auditors was illegal VAT reimbursements. “This is terrible territory,” said Vacaroiu, “We are engaged along with ANAF [the National Agency of Fiscal Administration] and hope to do much better in this area.”

The Court of Accounts has filed some of the criminal cases with prosecutors at the National Anti-Corruption Directorate in line with Romania’s ongoing anti-corruption drive, according to Romania Insider.