US: Congressman Calls For Release of Ismayilova

In a Jan. 28 letter to Azerbaijani President Ilham Aliyev, US Representative Ed Royce (R-CA) said that the continued detention of OCCRP reporter Khadija Ismayilova and other journalists would “harm relations between our two countries,” according to Radio Free Europe. 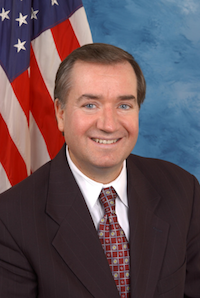 Rep. Ed Royce (R-CAccording to the letter, Royce urged Aliyev to “release Ismayilova, as well as other journalists imprisoned on dubious charges.”

Ismayilova was sentenced to 7.5 years in prison last year on charges that human rights groups say are politically motivated.

Royce, the chairman of the House Foreign Affairs Committee, said that the continuing closure of Radio Free Europe/Radio Liberty (RFE/RL) in Baku is also damaging bilateral relations, according to Radio Free Europe.

Azerbaijani authorities interrogated employees, seized equipment and sealed the RFE/RL office after a raid in December 2014. The bureau in Azerbaijan officially closed in May 2015.

Royce’s House Committee on Foreign Affairs biography says that he has worked to promote broadcasting into nations where free speech is limited or news is tightly controlled. He wrote the Radio Free Asia Act of 1997, which strengthened broadcasting activities to several Asian nations, as well as the Radio Free Afghanistan Act of 2001.