A Security Service of Ukraine (SBU) project to give apartments to families of war veterans has come under fire, with critics calling it  a “business project that uses servicemen as a smokescreen,” according to the Kyiv Post. 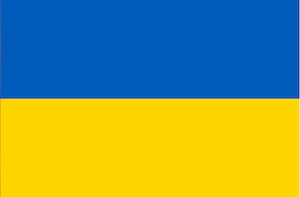 The Bergen residential estate is being constructed on land in the Holosiivsky district that is controlled by the SBU. Controversy arose when advertisements appeared offering the apartments for sale at market rates.

Legally, the government land should be reserved for military personnel and their families or for low-income housing, financed by low-interest loans subsidized by the state, according to the Kyiv Post.

But the Kyiv Post reports that only 327 out of 3,269 apartments will be owned by SBU veterans of Russia’s war against Ukraine, while the others will be sold at market rates. The SBU had said earlier that all apartments would go to veterans, families of fallen soldiers, and SBU workers, according to the Kyiv Post.

Local activists are calling the project a scam, citing the numerous billboards advertising apartments for US $520 per square meter. Protesters have said the situation is “tense”, with Kyiv Post journalist and OCCRP editor Vlad Lavrov reporting he was attacked by a construction supervisor on Jan. 22.

Yuriy Sokolnytsky, head of the company building the project, has said it will hold a meeting to discuss a possible halt to construction, according to the Kyiv Post.