About 300 employees of the Azerbaijan International Mineral Resources Operating Company Ltd. (AIMROC) protested outside Parliament in Baku Monday saying they have not been paid for 21 months. 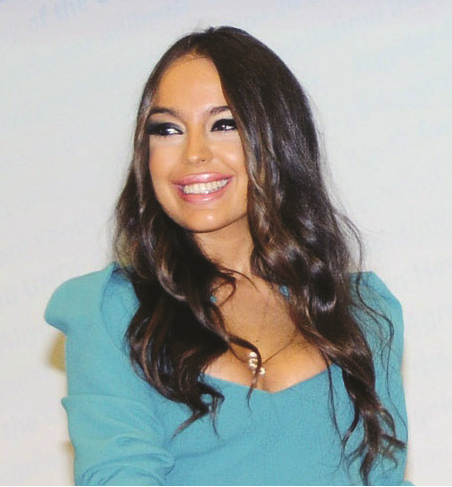 Leyla AliyevaThe daughters of Azerbaijani President Ilham Aliyev are part-owners of AIMROC, according to records in the offshore tax haven of Panama.

The protesting workers were all from Chovdar village, located in a mineral-rich region that the Azeri Ministry of Environment says contains  44 tons of gold and 164 tons of silver worth more than US$ 2.5 billion.

Officials from Parliament have told the workers, “We can’t do anything, we can only advise you to go to court.”

The workers initially marched across the capital to the Ministry of Labor and Social Protection of Population before arriving at Parliament. They then moved on to the Presidential Administration, according to Radio Free Europe/Radio Liberty (RFE/RL).

In 2006, AIMROC was formed by a presidential decree from four offshore corporations. One of those corporations, UK-based Globex International LLP, has an 11 percent stake in AIMROC, worth about US$ 200 million. OCCRP reporters found that Globex is actually owned by three Panamanian companies: Hising Management SA, Lynden Management Group, Inc., and Arblos Management Corp.

Panamanian registration records at the time indicated the three Globex companies were managed by the president’s two daughters, Leyla and Arzu Aliyeva, and by Olivier Mestelan, a Swiss businessman close to the ruling family. It is unclear who is behind the other companies.

"We can't find anybody from AIMROC,” mine worker Mehman Ismayilov told RFE/RL. “Their office [is] closed. We couldn't get our documents to petition a court. And we cannot get any help from the Ministry [of Labor] or Parliament… All of them say it’s not their responsibility.”

Cumshud Asgerli, another protesting worker, said that they only want their unpaid salary, "but there is nobody who can help us."

The demonstrators also went to the Ministry of the Ecology and Natural Resources. Jumshud Asgerli said that some officials from the ministry told them that since July 2014 AIMROC affiliate  Londex Resources, S.A., another of the four offshores, has wanted to sell its shares, but has not yet succeeded. According to the spokesman, “Maybe after selling, all the problems could be fixed.”

Londex Resources S.A. is a geological company, according to the company’s LinkedIn page.