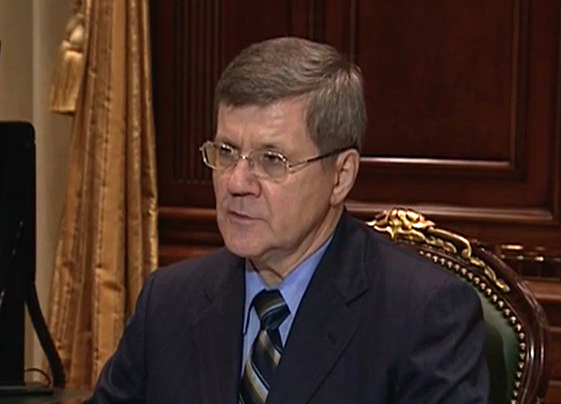 Prosecutor General Yuri ChaikaLopatina asked the court to censor the film Chaika asserting it to be a “hoax,” reported Interfax. She also seeks monetary damages from Navalny, his fellow anti-corruption activist Georgy Alburov, the FBK, the fund’s lawyer, Lyubov Sobol, and Google Inc. for “moral harm” according to the Russian Legal Information Agency.

The investigation alleged Chaika’s son, Artyom, co-owns a five-star hotel in Greece with Lopatina, in addition to a luxurious villa there and a house in Switzerland, according to The Moscow Times.

The FBK’s investigation also links Lopatina and her ex-husband to the Tsapok gang, who were responsible for a series of murders in Kushchevskaya, a town in southern Russia.

Lopatina denied any involvement in business with the Tsapok gang, according to RBC News. Navalny replied on his website that anyone could prove Lopatina was lying via simple open-source information research.

Earlier this week, Navalny’s lawsuit against Chaika was thrown out of a Moscow court. Chaika accused Navalny of working with anti-corruption activist William Browder and foreign intelligence agencies. The Kremlin has defended Chaika, dismissing Navalny’s allegations as unfounded.

Meanwhile, Russian opposition member of Parliament, Dmitry Gudkov, dubbed Russia’s “only independent lawmaker” by some media outlets, demanded answers from the Kremlin regarding the allegations posed by the Chaika investigation.

Gudkov has filed a request with the Russian Investigative Committee to launch a probe into Chaika, his deputy Lopatin, and his family.

The Kremlin has not opened any official investigation into Chaika or his family. Kremlin spokesman Dmitry Peskov said that the Russian government wasn’t interested in the dealings of Chaika’s sons and emphasized their affairs had nothing to do with Chaika himself, according to The Moscow Times.

Gudkov posted a public demand on his Facebook page for answers to questions regarding the Kushchevskaya massacres and Lopatin’s alleged criminal links, reported The Moscow Times.