Following international outcry over the arrests of two journalists in Azerbaijan last week, President Aliyev's advisor Ali Hasanov claimed that the journalists were arrested due to lack of accreditation. 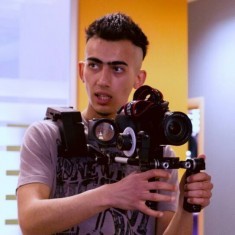 Shirin AbbasovHasanov said several recent detentions of journalists were aimed at "inviting them to adapt their activities to the rules for accreditation of foreign media outlets in Azerbaijan", reports Azerbaijani state-owned news site APA.

Authorities first detained freelance Meydan TV contributor Aytaj Akhmetova and a friend she was with at the time.

She was brought in for a five-hour questioning and released the same day.

Akhmetova said authorities quizzed her over Meydan TV's activities, management, salary structure and coverage of the August protests in the northern city of Mingachevir.

The same day, 19-year-old Shirin Abbasov disappeared on his way to his university.

His family reports that they tried unsuccessfully to contact him for more than eight hours, only to find he'd been arrested by Azerbaijan's Directorate for Combating Organized Crime.

Meydan TV reports that Abbasov was denied access to a lawyer.

He was then ordered to spend 30 days in administrative detention for disobeying police, according to Meydan TV.

The arrests drew the attention of several international organizations.

Reporters Without Borders said it was extremely concerned, while the Organization for Security and Cooperation in Europe's (OSCE) press freedom representative Dunja Mijatovic retweeted a condemnation of the arrests by the Committee to Protect Journalists (CPJ).

However presidential advisor Hasanov claimed Monday that Azerbaijani legislation ensures freedom of speech and independent activities by media outlets. He said the journalists had simply not complied with new accreditation rules passed in March this year.

Meydan TV has been targeted by authorities on several occasions for reasons founder Emin Milli believes are linked to its criticism of the Azerbaijani government.

Milli is now based abroad, having spent 16 months in jail in Azerbaijan after his conviction in 2009 on a charge of hooliganism.

Meydan TV now operates out of Germany, but has contributors working from Azerbaijan.

Milli has claimed that in June, a senior Azerbaijani official sent him a note via an intermediary to say : "We will get you wherever you are and the state will punish you for this smear-campaign against the state that you have organized… You will not be able to walk freely in Berlin or anywhere else."

A crackdown on journalists in Azerbaijan led members of the European Parliament to pass a resolution on Sept. 10 calling for the release of imprisoned reporters and human rights activists, insisting that strategic partnership negotiations cease until the country takes concrete steps to "advance respect for universal human rights".

It also calls for an investigation into the death of journalist Rasim Aliyev.