The mayor of the Romanian capital Bucharest was arrested at his home on Saturday on suspicion of taking bribes from firms that won contracts with the city. 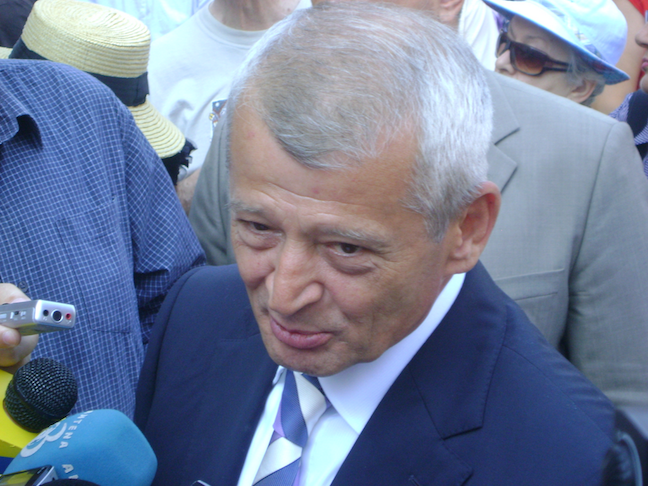 Mayor of Bucharest, Sorin OprescuAnti-corruption officials claim Sorin Oprescu, 63, was part of an organized group that demanded bribes from companies in exchange for public contracts with Bucharest City Hall between 2013 and 2015.

They claim that the mayor took a 10 percent personal cut of gross profits. Meanwhile the contractors allegedly kept between 30 to 33 percent.

Investigators suspect that the remaining 60 percent was shared between other Romanian civil servants involved in the syndicate.

The mayor, who was elected to a second term in 2008 and belongs to Romania’s ruling Social Democratic Party, denies any wrongdoing.

Prosecutors said he was caught accepting a bribe of € 25,000 (about US$ 28,000) from a group of unnamed people who turned informant, reports the BBC.

His lawyer, Alexandru Chichiu, said Oprescu denied ever asking for money, either directly or indirectly.

Oprescu’s is the latest in a series of cases launched against prominent officials in Romania by prosecutors.

The anti-corruption directorate (DNA) has been trying to knuckle down on graft in the government as Romania – one of the European Union’s newest members – faces close scrutiny from Brussels.

In July, Prime Minister Victor Ponta was charged with multiple counts of corruption after a long-running probe relating to his previous employment as a lawyer was brought to court.

Ponta denies wrongdoing and has resisted calls to step down as prime minister, but has quit his post as leader of the Social Democrats.