Two prosecutors who allegedly oversaw the 2013 Turkish government corruption probe have fled the country only hours before arrest warrants were issued for them. 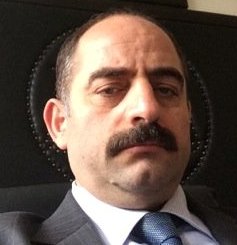 The state-run news website Anadolu Agency reported, however, that police discovered Oz and Kara had left the country for Georgia the same day, before the warrants were issued.

The search for Yuzgec was underway.

According to a Twitter post by the governor of the north-eastern province of Artvin, Kemal Cirit, Oz and Kara crossed the Sarp border gate into Georgia ten minutes apart.

Cirit later posted a news report with CCTV video footage that appeared to show the two men crossing into Georgia, and also reportedly told Anadolu Agency that the two had traveled on to neighboring Armenia, without giving the source of the information.

Turkey has no diplomatic ties with Armenia and the border between the two countries is closed.

The three former prosecutors oversaw a graft investigation that shook President Tayyip Erdogan's government to the core when it went public on December 17, 2013.

Investigators allegedly found that government officials had been buying oil from Iran, despite UN sanctions.

Erdogan, however, said that the investigation was an attempt at a coup led by his political rival Fetullah Gullen, who has been living in self-imposed exile in the United States since 1999.

A wave of raids and arrests of people accused of illegally wiretapping Erdogan's cabinet followed, and the government issued a gag order to media banning them from covering graft investigation.

According to news website Today's Zaman, Oz, Kara and Yuzgec were banned from the legal profession by Turkey's Supreme Board of Judges and Prosecutors on May 12 for their involvement in the 2013 probe.