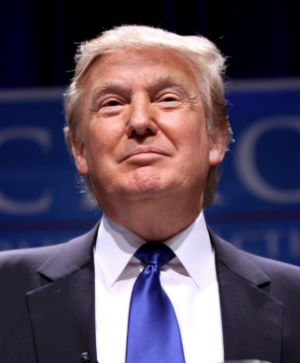 Donald TrumpDonald Trump – United States presidential candidate, real-estate tycoon, and reality TV star – has earned money from a deal with one of Azerbaijan's most controversial businessmen, it was reported this week.

Trump partnered with Azerbaijani oligarch Anar Mammadov to build a Trump International Hotel and Tower in the capital Baku, reports an investigation by the US-based magazine Mother Jones.

The 33-floor luxury hotel, announced in 2014 by Trump and partners, will not be owned by Trump but a company called Garant Group, which is chaired by Mammadov.

However Trump, who is a Republican candidate for the 2016 presidential race, received at least US$ 2.5 million last year for his work on the Baku Hotel. He lent his name and management expertise to the project in exchange for the payment, according to Mother Jones.

Mammadov is the son of Ziya Mammadov, Azerbaijan's transport minister. The family is reported in local media to have used its political power to advance its business interests, and is close to Azerbaijani president Ilham Aliyev, whose secret business dealings have been revealed in a series of OCCRP investigations.

Thought to be worth US$ 1 billion, 34-year-old Mammadov has shown a keen interest in US policy, launching several campaigns to boost Azerbaijan’s image in the eyes of the West.

Among them is lobbying organization the Azerbaijan American Alliance, which he founded in 2011. At one point Mammadov himself was registered as a lobbyist in the US under the Foreign Agents Registration Act.

Azerbaijan’s wealth comes largely from its oil and gas industry, which took off after the Soviet bloc dissolved in the early Nineties.

According to World’s Richest Countries, Azerbaijan is the 69th wealthiest country in the world in terms of GDP per capita, but the riches have been concentrated in the hands of the well-connected in politics and business.

In Azerbaijan, politics and business are often linked. Anar Mammadov and his uncle, Elton, are business partners with family members of the founder of the Baghlan Group.

Baki Taxsi received preferential treatment from the Ministry of Transport, to the detriment of other cab firms in the city.

Trump has not commented on the hotel deal.