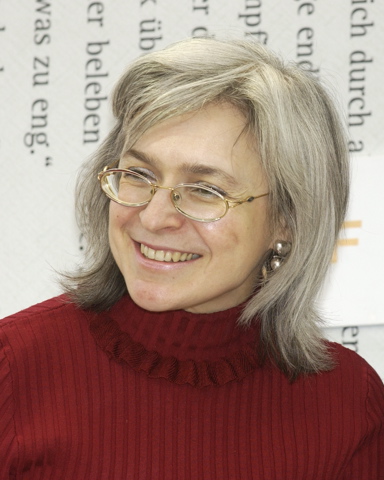 The two men were among five Chechen nationals convicted of the crime last year.

The verdict was originally given on June 9 2014, but an appeal by the five was heard by the Supreme Court last week.

Rustam Makhmudov, who shot Politkovskaya, and his uncle Lom-Ali Gaitukayev, who organized the group responsible for arranging the murder, were both sentenced last June to life imprisonment.

The three others convicted for involvement in the killing – former policeman Sergei Khadzhikurbanov as well as the brothers of Politkovskaya’s assassin, Dzhabrail and Ibragim Makhmudov – received sentences of 20, 14 and 12 years respectively.

Last Friday the court dismissed the defence’s appeal, changing only the sentence of Ibragim Makhmudov’s from 14 years to 13 and a half years.

Three of the men convicted last year had been acquitted in 2009 for involvement in the same crime, but the Supreme Court ordered a retrial.

Gaitukayev’s lawyer, Tatiana Okushko, told Caucasian Knot that the defence would file a complaint with the European Court of Human Rights to seek the abolition of the verdict and a retrial on the basis of lack of evidence.

Politkovskaya, an investigative reporter for OCCRP partner Novaya Gazeta and an outspoken opponent of Russian President Vladimir Putin, was shot in the elevator of her Moscow apartment building in October 2006.

The journalist had won international acclaim for her work covering human rights abuses during the Chechen war. She also reported extensively on life in Russia under Putin, investigating crackdowns on civil liberties and increasing reports of corruption during Putin’s first two terms as president.

Novaya Gazeta management along with human rights groups in Russia claim that Politkovskaya’s murder was a contract killing. If so, the person who ordered it is still at large.

Speaking after the sentencing of the five men last June, Politkovskaya’s son, Ilya Politkovskiy, said that his family would only consider the investigation complete when the mastermind behind the killing had been named.

Edit: On Tuesday 30 June this article was edited to reflect the correct first name of Rustam Makhmudov. We originally reported that it was Ramzan. We apologize for the error.