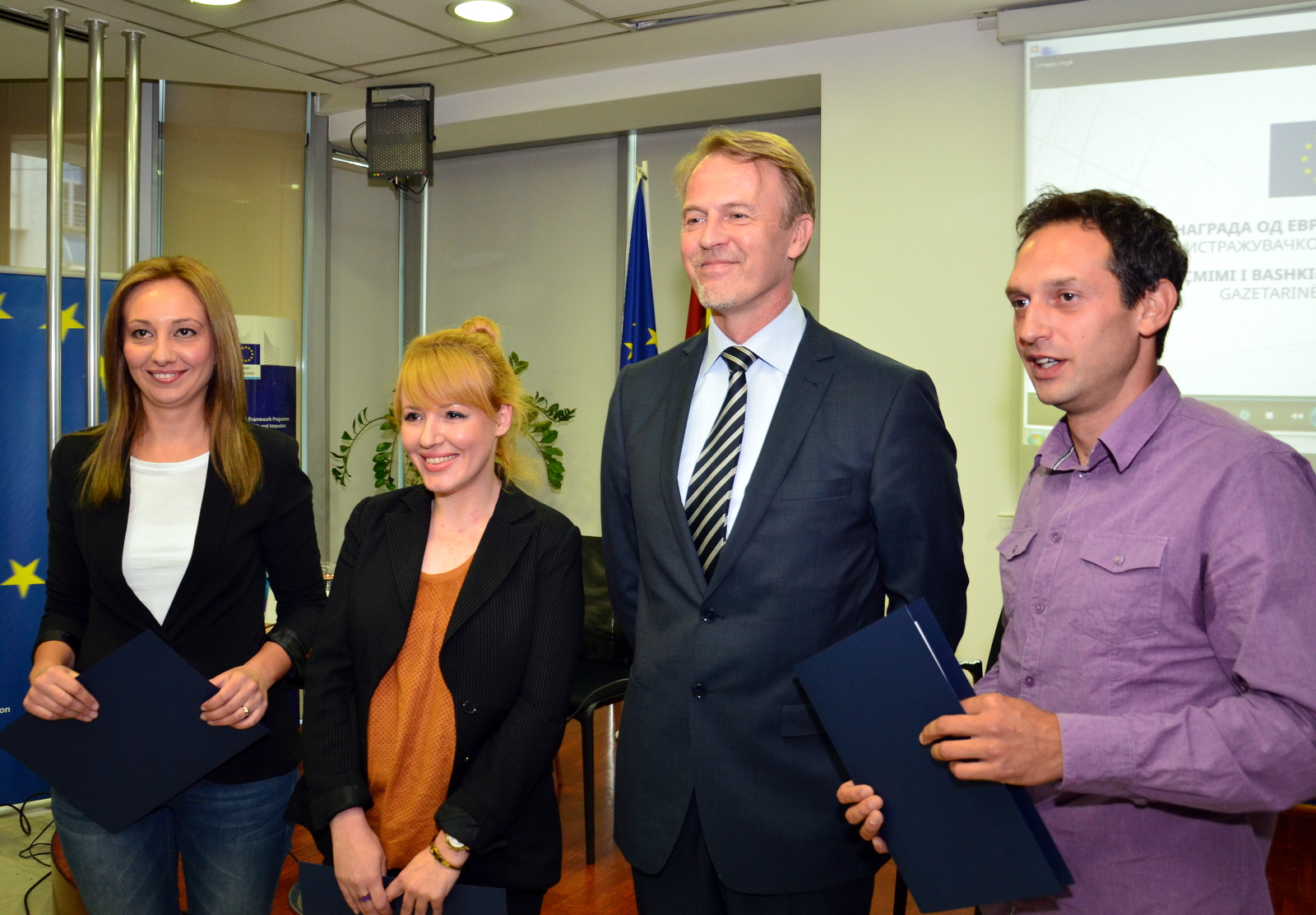 Cvetkovska and Holcova were honored for their story The Landlord Spy, which probed the assets of Macedonia’s then-chief of secret police, Saso Mijalkov.

The OCCRP reporters, together with partners NOVATV in Macedonia and the Czech Center for Investigative Journalism, uncovered at least US$ 2 million worth of undeclared real estate assets registered to Mijalkov’s company or to him personally.

The EU awards for investigative journalism in the Western Balkans and Turkey aim to celebrate and promote the outstanding achievements of investigate journalists in the region.

Launched in 2015, the awards include separate contests in each of seven EU enlargement countries: Albania, Bosnia and Herzegovina, Kosovo, Macedonia, Montenegro, Serbia and Turkey.

As this year’s winners of the award for best investigative story in Macedonia, Cvetkovska and Holcova will now be entered into the regional investigative journalism competition.

The authors of the winning regional story will be invited to undertake a study visit at the Guardian/Observer newspapers in the United Kingdom.