The prime minister of South Korea offered his resignation on Monday, having become the target of his own war on corruption. 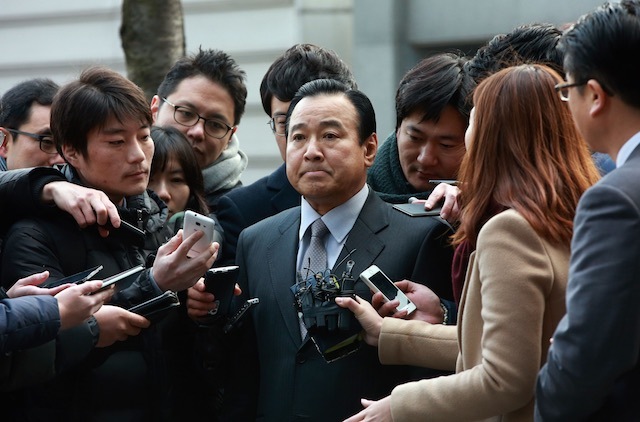 The businessman, Sung Wan-jong, hung himself on April 9, the same day he was due in court to face prosecutors seeking his arrest, the Financial Times reported. He had been a key target in the “war on corruption” that Prime Minister Lee and President Park Geun-hye launched last month to investigate allegations of graft in the administration of Park’s predecessor, Lee Myung-bak.

Sung, a construction tycoon and former lawmaker, left behind a list of politicians and donation amounts he had allegedly given them, the Financial Times reported. He also gave a video interview on the day of his death, outlining illegal campaign contributions he claims to have made to Lee and other political allies of President Park.

Lee initially denied the allegations and said he had not been close to Sung, but photographs, phone records and Sung’s diaries appeared to indicate that the two had spoken or met multiple times. This shattered Lee’s credibility, according to the New York Times.

He then faced increasing pressure from politicians of both the governing and opposition parties to resign.

Lee was sworn in February 16. If President Park accepts his resignation, she will need to seek her sixth nominee for prime minister in 27 months, the Financial Times reports.