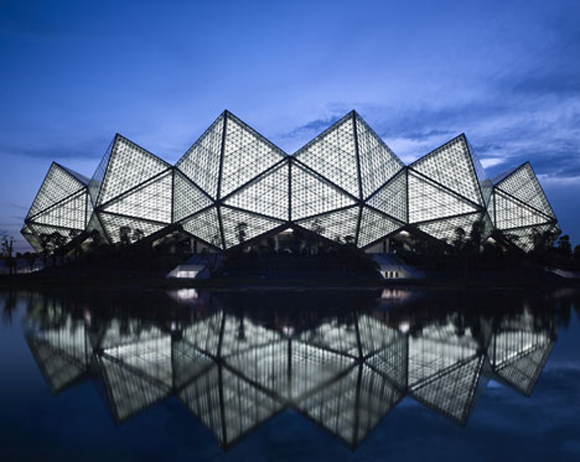 This may not be the year of “sexy” for Eurovision between the partying Russian grannies, Ireland’s Siamese duo Jedward, and Montenegro’s Rambo Amadeus.  Off-screen, the chances of sex appeal won’t be any higher due to allegations that Azerbaijan’s hotels have installed hidden cameras to the sexual activity of guests.

A local human rights group, Azad Genclik Teskilati (Free Youth), says that “hidden cameras are installed on the premises of all...hotels without exception,” warning that incriminating footage could be “later be used against tourists for blackmail.”  It remains to be seen if these allegations are substantiated, but Azerbaijan does have a record of blackmailing women with hidden camera sex tapes.

The European Broadcasting Union’s annual music tournament is expected to be kitschy, provocative and downright weird.  But this is the latest in a string of alarming revelations in the lead up and execution of the most expensive Eurovision yet.

Many have already written about the oil-rich nation’s human rights abuses: 14 prisoners of conscience, mostly journalists exercising their right to free speech, earning it a Freedom House ranking of “not free.”   A small group of dedicated protesters have organized “Sing For Democracy.” But the activists are focused mostly on human rights abuses, and not one of the main enablers of the consistently anti-democratic behavior: endemic, institutionalized corruption.

The Eurovision venue– Baku’s Crystal Hall, built especially for the occasion—is itself emblematic of government graft.  Revenue that derives from this government-sponsored construction, built with money diverted from a budget line for improving water supply infrastructure, flows to the president’s family.  In an OCCRP investigation, Regional Coordinator Khadija Ismayilova, herself a victim of sexual blackmail, revealed that after tracing the true ownership of the construction firm through a series of shell companies, the registration address led straight to President Ilham Aliyev’s wife and two daughters.

A leaked US diplomatic cable bemoaned the fact that a small number of families “control whole sections of the national economy” and the oil sales generated by SOCAR, the consortium of oil companies operating in Azerbaijan, make their way into “official as well as less official tills.”

But work by OCCRP reveals that much of the wealth goes straight to the coffers of the first family.  Last summer Ismayilova investigated Azerfon, which has a monopoly on the country’s mobile phone network.   The company had told its users that the company was owned by the German giant Siemens.Via Panama and other countries, its profit registration framework was traced ultimately to Aliyev’s daughters.

A 2010 investigation by Ismayilova showed that the country’s aviation industry was registered at 7 Samed Vurgun Street, the same address as the presidential family’s.

The trail of business entities that own a recently constructed gold mine which locals think is UK-owned also ends up at that address.

Transparency International’s Corruption Perception Index gives Azerbaijan 2.4 out of a possible 10 points,  tying it with Russia, Nigeria, and Belarus, which has been called “Europe’s last dictatorship.”

And that’s not all.  In a flagrant show of nepotism, the president’s son in law will entertain the 125 million estimated viewers in between acts on Saturday. These spectators, many of whom come from more or less democratic countries, have chosen tunnelvision over principle and basic freedoms.

Where are the protesters decrying the rise of Azerbaijan’s 0.0001 percent?  Are they too dazzled by the lights of Crystal Hall?