The head of the Sofia City Court (SCC) has been suspended for her alleged involvement in a wiretapping operation that lasted nearly a year. 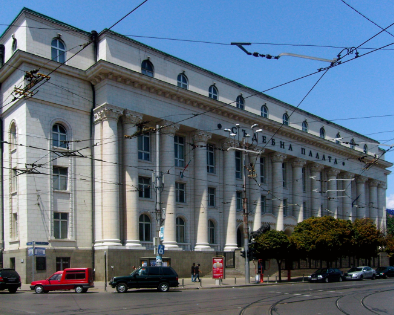 Sofia City CourtVladimira Yaneva, the president of SCC, is accused of abusing her position and approving an unlawful 300-day investigation by the Ministry of the Interior in which officials allegedly wiretapped anti-government protesters in an initiative called Operation Worm.

Prosecutor general Sotir Tsatsarov submitted a written request to the country’s Supreme Judicial Council today (Thursday) to relieve her of her duties. The Council voted in the afternoon to approve his request.

Prime Minister Boyko Borisov met with Tsatsarov and interior minister Veselin Vuchkov last week to discuss the report and alleged violations of the Law on Special Intelligence Means. Borisov described its contents as being more worrisome than the parts of the story that are already publicly known. He told reporters the affair was a “scandalous operation”. The report itself has not been made public.

The Law on Special Intelligence Means in Bulgaria defines techniques that are allowed and the circumstances under which they are permitted. Techniques include wiretapping and the monitoring of computer activity, among others. The ministry is accused of violating the law.

It isn’t the first time that Yaneva has come under fire. In December 2014, 15 judges from the Sofia City Court called for Yaneva’s resignation. Despite the release of a statement from seven ambassadors to Bulgaria in support of the judges, Yaneva rejected the calls.