Aquino defended his Disbursement Acceleration Program (DAP) yesterday and said that his administration would appeal the court decision. In the Philippines, even though the Supreme Court is the highest court, a decision can be appealed to the Court itself within 15 days. While appeals are common, they are rarely reversed. 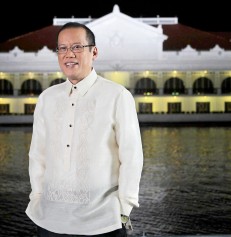 He told the Court that the legal basis for the program stems from a 1987 administrative code that allows the president to transfer savings to other projects, reports VOA News.

The President said that money was used for important projects, such as housing, construction of roads and bridges, flood containment and hospitals, confirmed the Office of the President of Philippines.

On July 1 the Court ruled that it was unconstitutional to take unspent money out of budgets before the end of the fiscal year.

Launched in 2011, Aquino’s administration through DAP took US $3.6 billion in unspent funds between 2011 and 2013 to fund public projects and to stimulate public spending, says The Washington Post.

Presidential spokesperson Edwin Lacierda told reporters last week that 91 percent of the DAP funds went to such projects while the rest went to lawmakers to spend in their own districts.

Three high-ranking senators were indicted for receiving bribes from the Priority Development Assistance Fund, anti-poverty money that the Court declared unconstitutional, but the President said that the DAP is different and the money was spent correctly.

Since he took office in 2010, Aquino has had a consistently high approval rating of more than 70 percent,  reports UK Reuters. However, two public opinion findings released yesterday showed that his ratings took a huge dip.

Earl Parreno of the Institute for Political and Economic Reform said that President Aquino has to make a greater effort to show that he is serious about tackling corruption instead of siding with his allies.

“If he continues to protect allies, then it will be hard to stop the skid,” said Parreno and reported by Reuters.

Last week, budget secretary Florencio Abad, who created and oversaw the project tried to resign in response to the court’s decision, but Aquino rejected the resignation, reports the Washington Post.